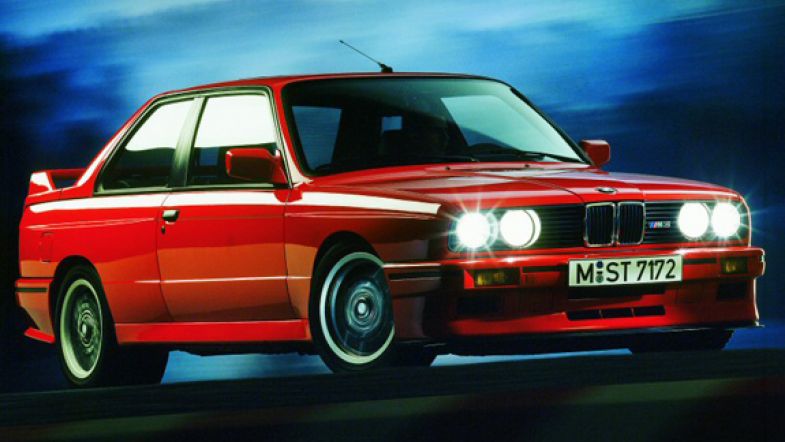 This is the fourth article in the series ”The Road Going Cars of Touring Car Racing”. Last time we featured the BMW 320si, made for S2000 regulations. This time we stick to the Munich mark’s racing history, going down memory lane with the BMW M3 E30.

The M3 had experts and fans gasping for air even before the top E30 had even been presented. The 200 HP car was the then fastest BMW 3 Series ever made.
The project M3 was started by BMW’s known motorsport division BMW Motorsport GmbH by order from the very top. Paul Rosche was the man behind the high performance, light weight – the same man, who was behind the turbocharged engine securing the F1 World Championship with Nelson Piquet in 1983.

The power unit with four cylindres had already proven itself in the F1 car made by Brabham. The block was virtually identical, giving the M3 true racing pedigree. The choice to go with af four cylindre engine was in line with saving weight on the E30. Rosche wished to integrate a turbocharger, but a turbo was deemed to sophisticated to run relaibly.

Short development time
Only a few months after getting green light for development of the M3, the car was shown at the Frankfurt Motor Show late 1985, sporting its unique design. A large front spoiler, rear wing wide wheel arches and two doors clearly made it distinct from the relatives of the E30 family.

The first BMW M3s were only actually handed over to their proud owners in 1987 when, following a family portrait of all 5,000 cars at BMWs car park in Munich-Freimann, the BMW M3 was finally delivered to customers.

Not just racing pedigree
While the BMW M3 was also conceived as a road-going car suitable for everyday use, it remained first and foremost a racing car. So now it had to prove that its creators had given the M3 the right DNA from the start.

With a World Touring Car Championship being held for the first time in 1987, the BMW M3 was simply perfect for this new challenge, the 2.3-litre power unit being boosted to a maximum of 300 hp at 8,200 rpm compared with the 200 hp of the 2.3-litre road-going version and thus offering the same power as the BMW 635 CSi.

Instead of entering a works team, BMWs decision in this first season was to support a number of renowned private teams such as Linder, Schnitzer and Zakspeed. And the famous drivers to be admired at the wheel of the BMW M3 included the likes of Christian Danner, Markus Oestreich, Roberto Ravaglia, and Emanuele Pirro. Featuring Anette Meeuvissen and Mercedes Stermitz at the wheel, there was also a ladies team driving the new sports car from Munich in the World Touring Car Championship.

The first race in the new series was in Monza, Italy, on 22 March 1987, but it did not come under a good star for BMW, with all M3s being excluded from the final scoreboard after the cars had been scrutinised under partly chaotic conditions and disqualified because of allegedly illegal panel thickness. And although BMW naturally appealed the decision, the Company’s complaint was rejected by the sports officials on the grounds that it had been submitted too late.

The chaotic start did not stop Ravaglia from securing the championship later that season – as the first World Touring Car Champion.

The M3 even won the Corsica Rally thus scoring BMWs first win in a race for the World Rally Championship in 14 years.

In 1988 the M3 was succeeded by a M3 Evo. A special series of cars was introduced by BMW, a bit more powerful now with 220 hp in road going trim. The M3 the went on to clinch the German Touring Car Championship (DTM), but also six other national titles including the championships in France, Britain, and Italy.

And the driver teams Emanuele Pirro/Roberto Ravaglia/Fabien Giroix as well as Altfrid Heger/Harald Grohs/Olaf Manthey added the final touch in this series of success, scoring a one-two victory in the 24 Hours of Nurburgring.

In the end, the DTM regulations was increased to 2.5 litres in both Germany and France, giving the four-cylinder maximum output of up to 360 hp resulting in the Sports Evolution model developing maximum output of 238 hp in the road going version. Limited to a small production series of just 600 units, this special model was recognisable by its adjustable front air dams and rear wings.