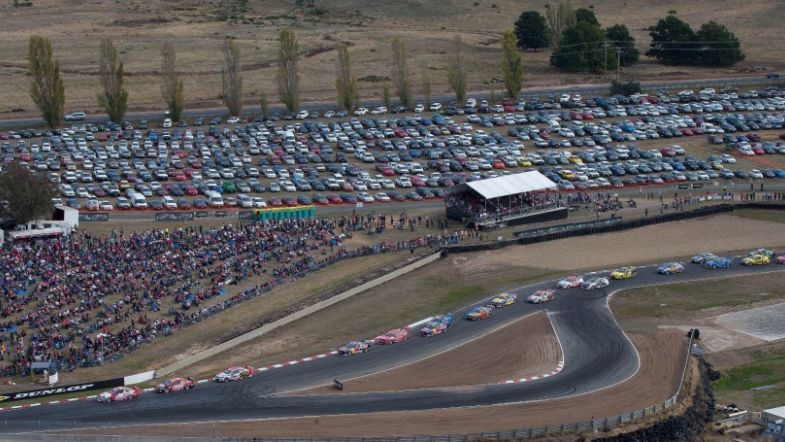 Jason Bright took his first V8 Supercars victory since 2011 in the second race of the weekend at Symmons Plains, becoming the fourth winner of the four championship scoring races of 2013. The Team BOC driver headed the field from start to finish, despite an early safety car period due to a spectacular crash.

David Reynolds was pushed in to the wall, riding the barriers as seen in the picture below, after being involved in a three-car dice with David Wall and Michael Caruso in to turn four on the second lap. Reynolds was forced to retire, as was Wall, while Caruso was able to continue.

Reigning champion Jamie Whincup was close to Coulthard but had to settle for fourth, with Ford Performance Racing duo Will Davison and Mark Winterbottom in fifth and sixth. Winterbottom, who is going to start from pole in the third and final race of the day, had a hard fight with Scott McLaughlin in the end. Winterbottom managed to squeeze past, allowing James Courtney to follow through to take seventh.

Dean Fiore and Craig Lowndes rounded off the top ten. 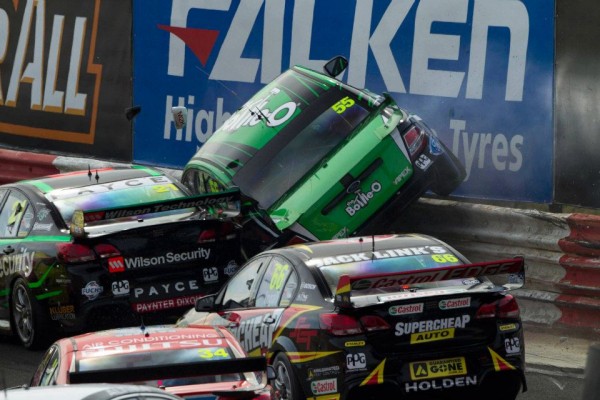