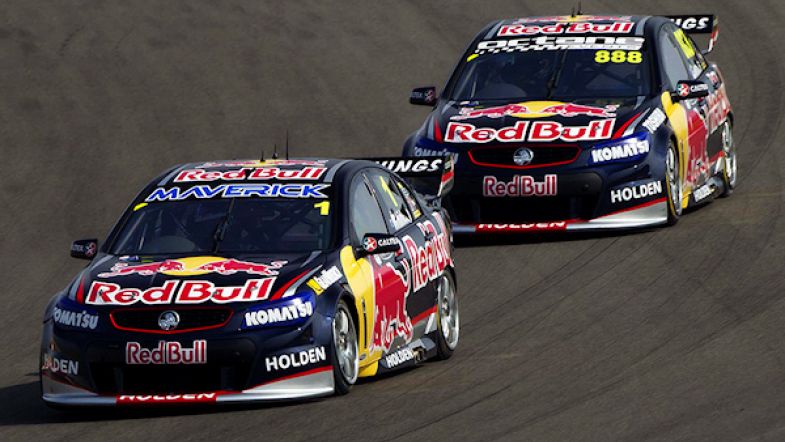 This is TouringCarTimes’ staff’s run-down of who we think are the top 30 drivers of the 2013 motorsport season in the field of touring car racing, from some of the many championships that we have covered this year.

The Danish driver had missed the 2012 season, competing in the STCC during his year away, and in the 2013 WTCC only completed three-quarters of the season, in which he took three race victories and was running second in the drivers’ championship before his final race, bowing out while in joint-lead of the independents’ championship. Not bad going with a small team like Nika, who were also embarking on their first full year in the WTCC. If he had continued for the full year, there’s no doubting he’d have finished second in the drivers’ standings.

It would have been easy to have put Mike Rockenfeller as the highest ranked DTM driver. He scored in all but one round, and wrapped up the DTM title with one race to go at Zandvoort. However, Rockenfeller was outscored by BMW’s Augusto Farfus 3-2 in terms of victories and qualifying was not his strongest point. Whilst he took two poles at Moscow at Brands Hatch, the one at Brands came courtesy of Martin Tomczyk’s disqualification. Either way, his title win undermined why Rockenfeller is one of the most complete race drivers out there.

Mark Winterbottom fought hard, sometimes perhaps too hard, to get that elusive V8 Supercars title. After a strong mid-season, the Ford Performance Racing driver fell down to fourth position in the end and, but Winterbottom was still the main threat to the Triple Eight duo during the season and managed to score an impressive three victories and 13 podium finishes, including that all-important feat of finally conquering ‘the Mountain’ at Bathurst.

The scary prospect of the reigning champion not being able to find a drive was thankfully averted, with the decision by Championship newcomers Münnich Motorsport, who signed Huff to join them for the 2013 season. The SEAT however was the second-worst package on the grid, thanks mainly to its age, but the Briton was still able to pull two victories out of it, at Hungary and at Macau, where some were never in doubt that he would still take victory even against the dominant Chevrolets and improved Hondas.

Speed, consistency, quality and a cool head under pressure: the building blocks for a fantastic year for Andrew Jordan, the 2013 BTCC champion. The Midlander has never lacked speed, and has improved every year he has been in the series. He took it up another level in 2013, and the fact that he beat three established, quality pilots in Gordon Shedden, Jason Plato and Matt Neal should give some idea of the quality of his performance. Jordan gave off the aura of a quietly determined driver all season, never losing focus on the end goal. His title was richly deserved, and judging by the reaction down the pitlane, it was a popular triumph as well. He will no doubt relish starting 2014 as the man to beat, knowing he has every weapon in his armoury needed to become a back-to-back champion.

Despite finishing second in this year’s championship, Augusto Farfus was the DTM’s most impressive performer in 2013. The Brazilian made it into Q4 in seven out of 10 rounds, and won the most races out of anyone this season; three to Mike Rockenfeller’s two. Had his RBM BMW not suffered an engine failure at Brands Hatch, and had BMW not struggled mid-season, then Farfus could have been the Münich manufacturer’s second champion in as many years.

Björk delivered to his pre-season promises of a title and more so. The 33-year-old wrote his name into the STCC history-books after a season with eight out of 12 victories, of which four were consecutive. The Swede finished off the season with a one-off appearance in the WTCC where he got into the top of the field despite limited experience of the car and circuit.

Craig Lowndes put up a serious fight for the 2013 V8 Supercars title against, mainly, his team-mate Jamie Whincup, moving into the lead after the enduros where he’s always stronger. In the end he fell 128 points short and had to settle for second position after a troubled final two weekends in the Championship for the third consecutive year. While Lowndes lacked the very edge of performance compared to his team mate, his season was impressive and still showed he has the pace to win the title.

Left without a factory drive after Chevrolet’s withdrawal, the Frenchman was able to put the funding together to put on a independent charge with the team which gave him the titles in 2010 and 2011, and early on he looked unstoppable, in a class of his own among the other Chevrolet drivers. The title was never really in doubt after just a few races, but a weaker last third of the season, either through others catching up or through a loss of interest means No.2 in this list is probably more fitting. He’ll have more of a challenge on his hands with new team Citroën and with Sébastien Loeb and José María López as team-mates in 2014.

There was no stopping Jamie Whincup claiming his fifth V8 Supercars Championship title this year. Although things looked tough at mid-point of the season, the Triple Eight Race Engineering driver ended the season strongly, fighting back against the threat from his team-mate and Ford’s Mark Winterbottom. Eleven victories and 21 podium finishes in a highly competitive series speaks for itself, and the Aussie has by far established himself as one of the very best touring car drivers in the world.