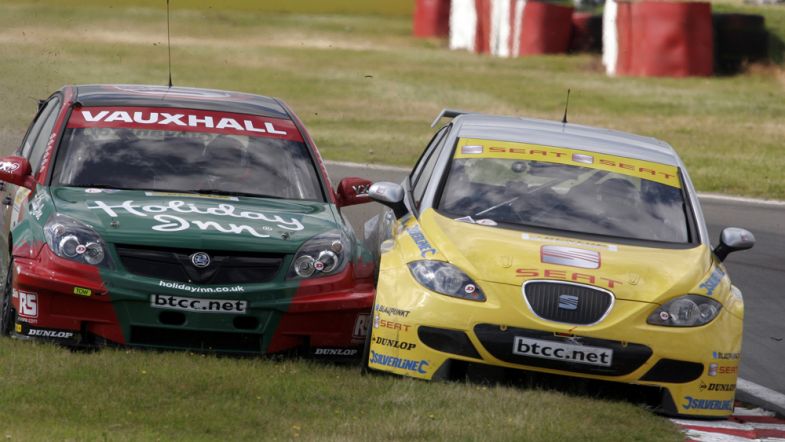 Fabrizio Giovanardi is, like fellow BTCC returnee Alain Menu, a double BTCC champion. But that is far from all on the resume of the 47-year-old who can easily be described as a touring car master with no less than ten touring car titles.

The Italian started his career as most other racing drivers in karting and made his way on to single seater racing. Giovanardi went all the way up to Formula 3000 and made an impressive start by winning his first ever race in the championship at Vallelunga.

But the following two seasons were difficult for the Italian who never managed to finish higher than 10th overall in the championship. 1992 saw him switching to touring cars and started a successful career behind the wheel of tin tops. 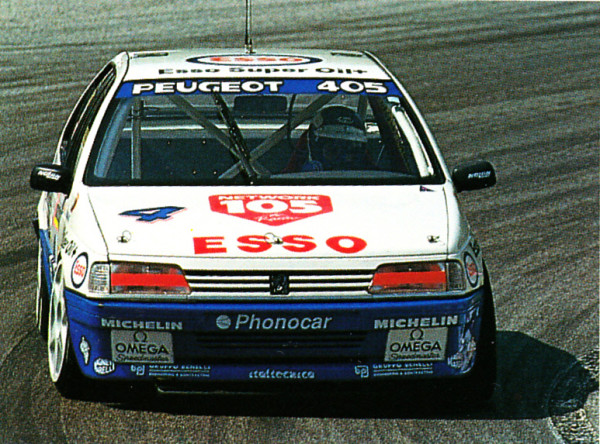 His first full touring car season was in the 1992 Italian Superturismo championship, driving a Peugeot 405 in the S2 class. Giovanardi won no less than eight races and was crowned champion, the start of his journey to ten touring car titles.

Giovanardi switched to Alfa Romeo in 1995, marking the beginning of a long and successful partnership. The first two seasons saw the Italian racing in the Spanish and Italian championship, as well as making a guest appearance in the DTM at Norisring.

1997 meant the start of an impressive six-year run where Giovanardi managed to become champion each year until 2002. He claimed his second touring car title in the 1997 Spanish Touring Car Championship, as well as finishing second overall behind team mate Emanuele Naspetti in the tough Italian Superturismo Championship.

A year later and it was the other way around in the Italian championship as Giovanardi beat team mate Naspetti to the title, with nine victories and 18 podium finishes behind the wheel of a Super Touring specification Alfa Romeo 156.

There was no stopping Giovanardi the year after where he took his second Italian title, still driving for Alfa Romeo. 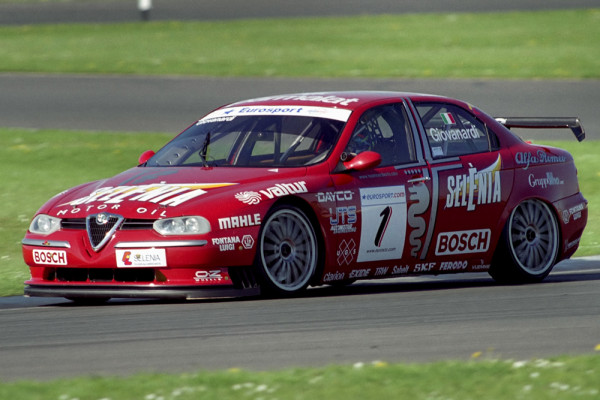 Giovanardi continued for Alfa Romeo in the 2001 European Super Touring Cup, scoring ”only” three victories but was unmatched in terms of consistency. The Alfa Romeo driver stepped on to the podium 13 times, more than half of the season’s races, and claimed the title ahead of team mate Nicola Larini and Honda driver Gabriele Tarquini. 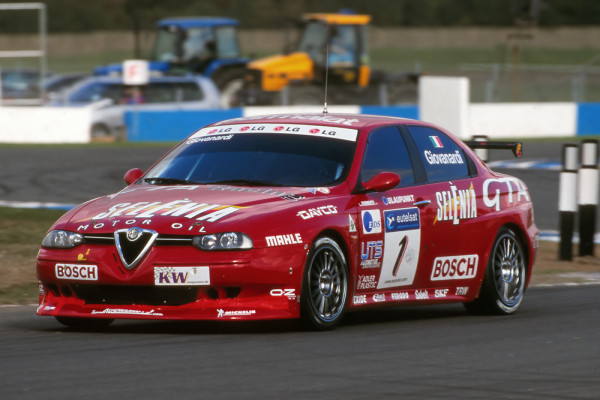 Giovanardi was the man to beat straight away as the Italian won the first two races and continued to rack up no less than six victories in the first five races. He claimed the title a full 29 points ahead of main title challenger and BMW driver Jörg Müller.

2002 was the last year of the impressive six-year run of titles for Giovanardi who for 2003 decided to join BMW.

The switch was no success for Giovanardi who struggled all season with the rear-wheel driven BMW 320i to finish ninth overall with second place as best individual finish. His old team mate Tarquini went on to win the title for Alfa Romeo. 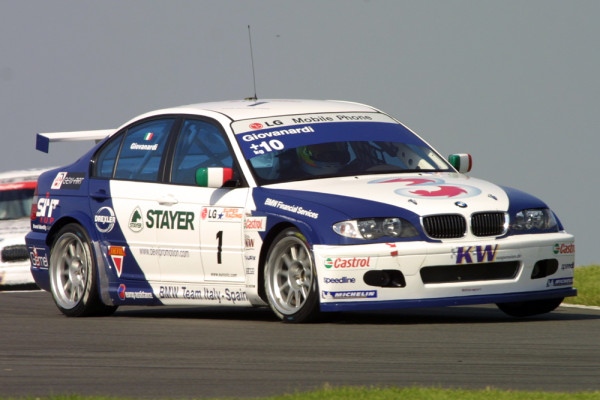 No surprise, Giovanardi was back again with Alfa Romeo for 2004 in the ETCC and followed them to the new FIA World Touring Car Championship in 2005 where he finished third overall after four victories and eight podium finishes. This was his last season for Alfa Romeo and the Italian had his sights set on the British Touring Car Championship for 2006.

Giovanardi joined Vauxhall alongside Tom Chilton for the 2006 season, driving a Vauxhall Astra. The start of the season was tough for the Italian who failed to reach the top five until the sixth race of the year. He got the momentum up for the final part of the season with two victories and an overall fifth position in the drivers’ championship. 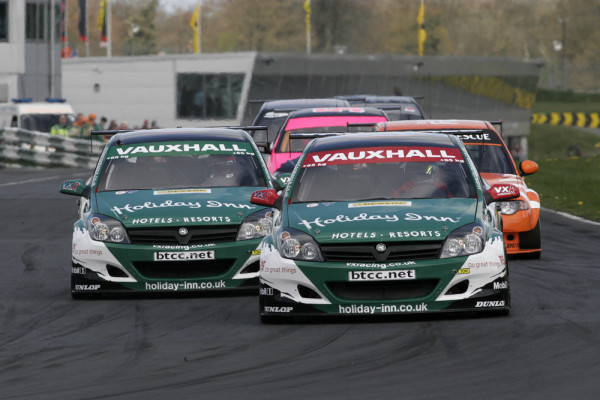 2007 meant the introduction of the new Vauxhall Vectra, a car Giovanardi proved to be very fast in. The Italian was up against Jason Plato, driving for SEAT, in the fight for the championship. Giovanardi racked up ten victories during the season, but still headed to the final race weekend ten points behind Plato.

The Vauxhall driver won the two first races of the weekend, reducing Plato’s gap to just one point for the final race. Giovanardi crossed the line in second position in the very last race of the year, with Plato in fourth, and secured an emotional first BTCC title. 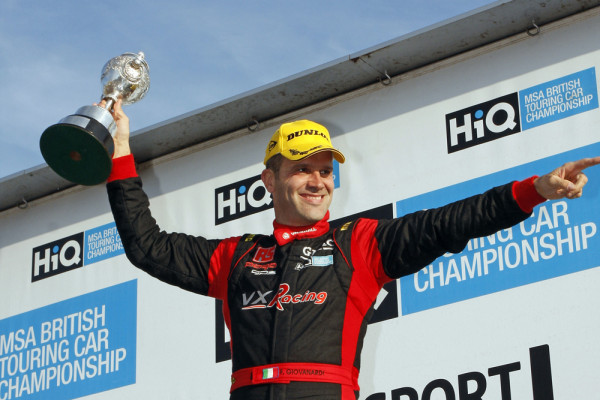 2009 became Giovanardi’s last, until this year, full-time BTCC season. He continued driving for Vauxhall and was involved in a three-way title fight with Colin Turkington and Plato. The fight lasted all the way to the final race which, as opposed to 2008, saw Giovanardi dropping to third in the drivers’ championship.

With Vauxhall having pulled out of the BTCC at the end of 2009, Giovanardi was left without a full-season drive for 2010 and drove only the first race weekend of the year at Thruxton for Triple Eight. The Italian left in style by winning the two of the three races at Thruxton. 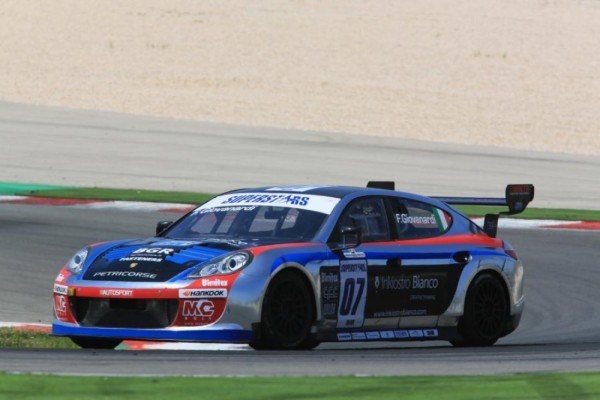 The Italian is back on the British circuits for 2014 and will be a welcome addition to what is shaping up to become a very strong season. Giovanardi will face both new and old adversaries, as well as driving a, for him, completely new car which, as of yet, has not proven to be a consistent front-runner.

There is no doubt that Giovanardi has an amazing ability to get the most out of a touring car, as well as having the raw speed to fight for titles, no matter the opposition. Will it be enough this year?

Brands Hatch on March 30th and we will get a first clue. 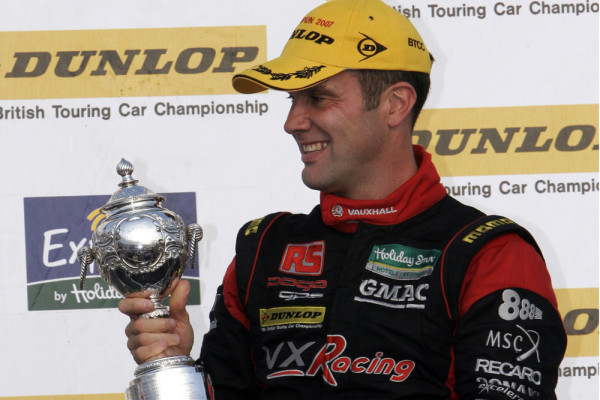