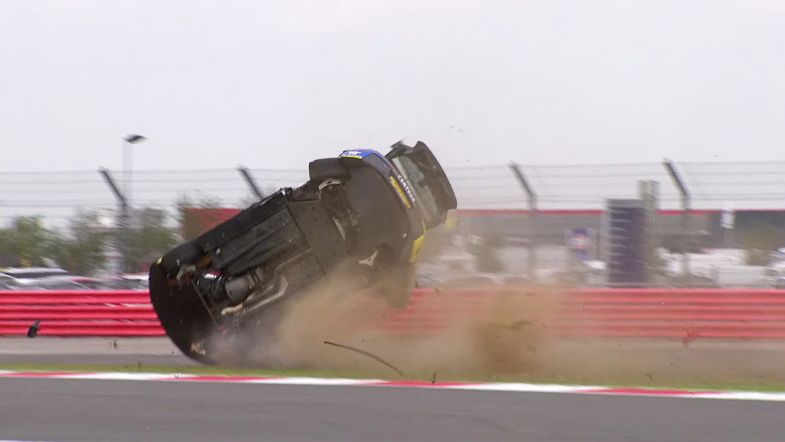 TouringCarTimes has gathered our selection of the top ten videos of touring car racing throughout the 2014 season, featuring crashes, hard fights and a lot of action.

Number 9 – STCC mass crash
The big crashes of the Scandinavian Touring Car Championship are rare, but the fourth round of 2014 at Knutstorp saw a big pile up after a safety car session which eliminated more than half of the field.

Number 7 – Hard BTCC fight at Silverstone
The BTCC races at Silverstone saw a tough fight between several cars for the final podium spot, with Colin Turkington, Fabrizio Giovanardi and Jason Plato getting right into the thick of it.

Number 6 – Sébastien Loeb confuses Macau with Monte Carlo
A short but sweet video as Sébastien Loeb shows that his WRC tactics are far from gone with a unique technique going through the Melco Hairpin in the Macau season finale.

Number 2 – Final laps of the Bathurst 1000
Close to making number one is the nail-biting finish of the 2014 Bathurst 1000 race where Jamie Whincup ran short on fuel, sending Chaz Mostert on a mission to get past on the very last lap of 161.

Number 1 – The 0.000 second finish at San Juan
Our number one touring car video of 2014 is the 0.000 finish between Matías Muñoz Marchesi and Leonel Pernía in the Super TC 2000 race at San Juan. Chevrolet driver Marchesi was controversially declared winner by the stewards, a decision long debated after the race. Judge for your self, was the decision correct?