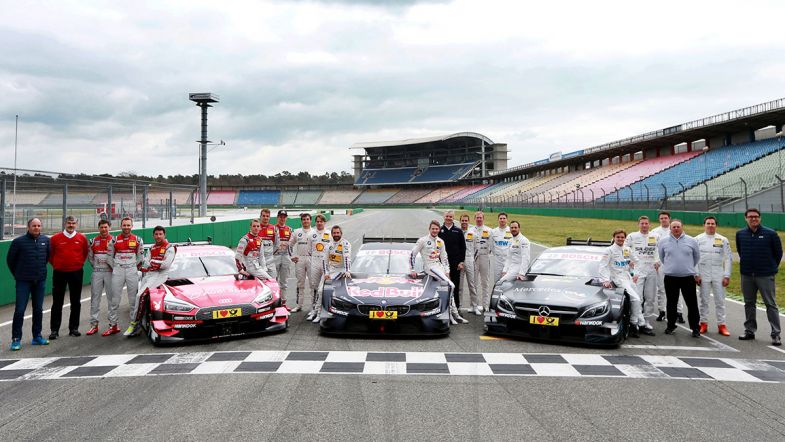 Six reasons why the 2017 DTM season is one to watch

The 2017 Deutsche Tourenwagen Masters season opener at Hockenheim is less than five days away, with the series starting a phase with a number of changes.

The DTM has faced years of uncertainty, marked by a decreasing interest from fans and the concerns about which direction to take about the future, in a changing climate for the automotive industry, with the emissions scandal as a catalyst for the manufacturers’ new needs and priorities.

Fan support has also been falling in recent years. Many aren’t excited about the number of common parts shared by Mercedes AMG, Audi and BMW in a bid to contain costs, feeling that the move has taken away from the uniqueness and identity each manufacturer could offer. Spectators aren’t inspired either by the effect of aerodynamics on modern cars, with the otherwise usual contact racing in touring cars discouraged because damages in the aero appendices quickly render the cars uncompetitive.

The manufacturers haven’t seen the series develop in the way they would have wanted. Internationalisation was a requirement for BMW’s comeback in 2012, and Audi have complained about the lack of promotion of a racing series which is one of the three pillars of its motor racing programme.

The breakout of the emissions scandal hasn’t helped their case, with all manufacturers openly acknowledging the request to reduce costs from their managing boards, with the DTM manufacturers demanding more support from series promoter ITR in order to keep their involvement. The highlight of this joint effort is the downsizing from eight to six cars per manufacturer, with an 18-car grid for 2017.

Furthermore, after being its main driving force, DTM still has to make a decisive step towards Class One, already adopted by the Japanese Super GT, and on the back burner until, at least, 2019, when the new two-litre engine is expected to be introduced.

The prospects could look grim for the German super series, once the pinnacle of touring car racing. Still, there are winds of change giving a new impulse to the DTM.

Tweaks include a power increase thanks to a bigger air intake restrictor pumping the four-litre V8 engines to over 500bhp. Aerodynamic downforce has been reduced, with a new geometry of the front splitter, floor and rear diffuser and a higher ride height. 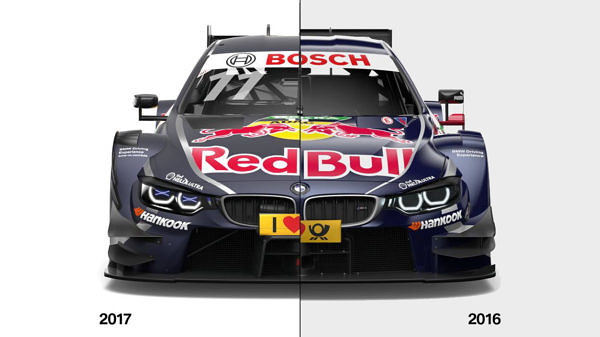 The DRS system has also been modified. Before, the entire rear wing was lowered, whilst this season only the two upper fins will move on activation.

The DTM board has also included common suspension components in a bid to further reduce costs.

The changes are aimed at giving drivers greater input at the wheel, making driving more demanding and requiring more skill.

The DTM will again feature only two types of tyres: a one-compound slick and wets.

Tyre partner Hankook has developed a new compound which will give more grip in its optimal use window, but which will also degrade faster and at an accelerated rate past that point. Some drivers, such as Lucas Auer, already anticipate that more than one pit stop per car may be needed in each race. This will result in more demanding handling, again highlighting driving expertise.

In a bid to improve the show, the ITR has opted to reduce the number of mechanics allowed at each pit stop. In 2017, only one wheel gun mechanic will be allowed at each side of the car.

Furthermore, the pit stop window has been removed, allowing teams to make the compulsory tyre change at any point during the race, from the first to the last lap.

The move, together with the new tyre compound, is expected to make a way for more creative strategies.

The ITR has maintained three 30-minute free practice sessions and two 20-minute qualifying sessions. The duration of the races has been revised, with each event in the 2017 season now featuring two 55-minute plus one lap races.

This increases the total track time by ten minutes per weekend, taking the total action time to four hours at each event.

The changes in the race duration are mainly aimed at eliminating the processional nature of the previous 40-minute Saturday race which.

The grid might be downsized to 18 cars, but the move has but augmented the competitiveness of the drivers and manufacturers involved.

BMW Motorsport is the only manufacturer without any new drivers in their line-up. Reigning champion Marco Wittmann will again be expected to be a title contender man for the Munich-headquartered squad. 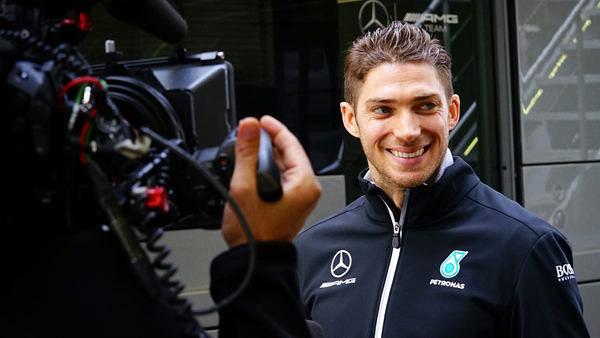 Edoardo Mortara’s move to Mercedes AMG is the biggest shake up of the year. The Italian, series runner up and most successful driver last year, joins the Stuttgart-based manufacturer’s ranks. Mortara has been partnered with Austria’s Lucas Auer, one of the biggest revelations last season.

Audi Sport will also present a revised line up, pairing Mattias Ekström and Nico Müller at Team Abt, with series newcomer Loic Duval joining Mike Rockenfeller at Team Phoenix. René Rast has been retained after two competitive appearances as a reserve driver last year, and will partner Jamie Green at Team Rosberg.

6. New ITR board with fan fun as a target

After 30 years at the helm, Hans Werner Aufrecht has stepped down as ITR chairman, and been replaced by former Grand Prix winner, touring car racer, team owner and FIA member Gerhard Berger, with Florian Zitzlsperger as Vice-Chairman. The Austrian has already been outspoken about promoting the DTM and improving fans’ experience.

The first move by the new board has been to open three pit garages, one from each manufacturer, for fans to see the teams at work. 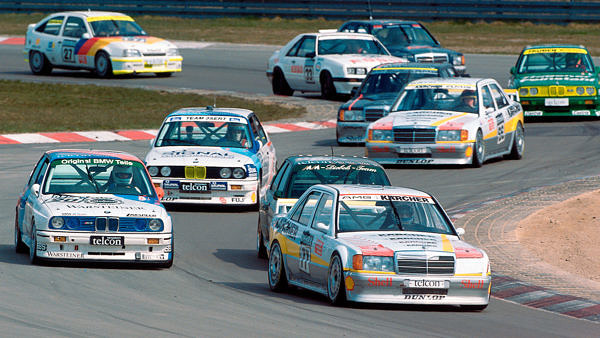 The DTM has also brought the Tourenwagen Classics, a 42-car competition of touring cars built between 1985 and 1996, featuring drivers such as Christian Danner and Kurt Thiim, as a support race to the tradition-filled events in Norisring and Nürburgring.

The new ITR board will continue to seek fans’ input in order to make the DTM more attractive to its spectators and supporters.

DTM is taking decisive steps to improve the series. With all manufacturers starting the season from a blank slate, new regulations emphasising drivers’ abilities and attractive line ups, the 2017 season has all the ingredients to be one of the best in recent years.