Join us for the first part of the annual TouringCarTimes’ staff rundown of the Top 30 drivers of the 2017 season. We will during the coming coming days go through what we together rank as the top touring car drivers from the past season in the major national and international BTCC, DTM, STCC, Supercars, TCR and WTCC championships. 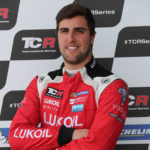 The Spanish star had a tough third season in TCR International, with the results not quite falling the team’s way, but he battled back against the odds to take two victories in the opening and closing events of the year, eventually landing fourth in a difficult year for the Craft-Bamboo Racing team. The hampered SEAT was not the car to have in 2017, but the Spaniard still delivered some great results, with his performance in Dubai a season’s highlight, taking an unlikely victory ahead of the WRT Volkswagens and the Hyundais, which were much favoured at the Dubai Autodrome. The BMW M4 DTM was not the strongest car on the grid, yet the 2016 champion pulled a strong charge for the title despite a slow start of the season. Wittmann lost a victory at Zandvoort after not enough fuel could be extracted from his car, 25 points that would have given him his third crown in the end. 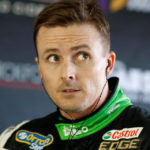 Mark Winterbottom had a challenging season to finish sixth for Prodrive Racing Australia. The Australian failed to score a victory but has his place among the top drivers of the field. Winterbottom claimed three podium finishes of which two were second places and there is no doubt that the Ford driver is keen for revenge next season. 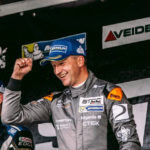 The clear favourite before the first round of the inaugural STCC season under TCR regulations at Knutstorp, Dahlgren lived up to expectations to take seven wins en route to claiming the title. The ex-Volvo driver beat former team-mate Fredrik Ekblom to the title courtesy of his impressive consistency to score points in every round. A lowest result of fifth before the season finale in Mantorp was key, as was picking up the pieces when Ekblom’s own title charge unravelled at several points of the year. A thoroughly determined and deserved maiden triumph was secured by a measured drive to sixth in a chaotic opener on the final weekend. Rob Huff was the busiest man in touring cars in 2017, racing in no less than five different championships, with great results in each, but no particular full season success stories unfortunately. The WTCC results were not as expected, with problems throughout the year destroying his championship charge early on, leaving Macau’s dominant pole and victory as a season highlight. In TCR International, his results were clipped as his role was to support team-mate Jean-Karl Vernay’s title bid, but stunning results in his one-off in the BTCC, coming close to scoring Power Maxed Vauxhall’s first victory on his return to the championship after 13 years away, and also nearly taking the China championship title after just half a season before the plug was quietly pulled on that programme showed that with the right combination, he can still do the job. Stefano Comini had his most professional approach to the championship in the year in which he didn’t win the title for the first time in the TCR International Series, flying the flag for the Audi brand and with the Comtoyou Racing team. The Swiss showed his class with three victories, but it was perhaps his podium in the opening race with the unproven Audi RS 3 in Georgia which was the most impressive, although early season contractual issues with his former team WRT certainly proved to be a distraction. Third in the championship by a single point, with a dominant win in Dubai to end the season showed the Swiss hasn’t lost anything and hopefully TCR’s most lively character can make the transition to WTCR in 2018. Gordon Shedden actually scored one more point in 2017 than he did in 2016 – but it wasn’t enough to let the Scot take a third straight title. Through the opening half of the year, Shedden kept himself in contention at the front of the field but would fall away from the fight for the title in the closing meetings – with just two top six finishes in the final nine races. It meant the Scot failed to finish in the top three in the standings for the first time since his part campaign in 2009. The young Hungarian turned a corner in 2017, and became championship material under the tutelage of Norbert Michelisz, driving for the all-new M1RA team. Right from the start he was battling at the front, with a podium in Georgia, and his first victory coming in front of his home crowd in Hungary, very shorlty followed by his second at the same event. Working with experienced team-mate Roberto Colciago, the 18-year-old kept up the pressure, but ultimately a few occassional average results, and some races with contact meant the championship wasn’t to be this year. Rob Collard can count himself unlucky not to be higher on this list, in much the same way that he was unlucky to end the season only fifth in the BTCC standings. The 2017 season was easily Collard’s best in the series when it came to his consistency – if not when it came to the number of wins he would secure. A run of 21 straight points scoring finishes saw him in title contention heading to Rockingham but a tough weekend there was followed by a disaster at Silverstone where a hefty shunt would end his season early. Fast, decisive and one that can never be ruled out – Mattias Ekström should have sailed to his third crown. But a string of poor performances during Sunday races, and being caught on the back foot when it mattered, caused the Swede to lose his advantage and the championship by just three points.