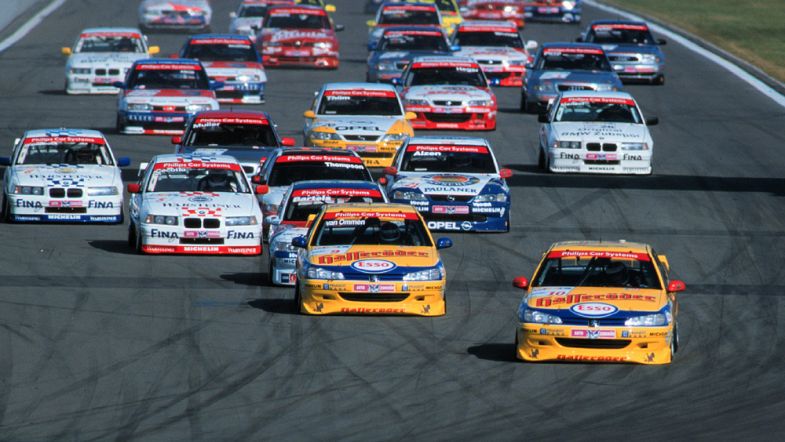 This is the first in a series of top tens from the staff of TouringCarTimes as the off-season is upon us. We begin with a tricky one: the top ten Super Touring cars. The list has been put together by site founder and owner Johan Meissner, and while he is Swedish and works for the Volvo works team Polestar Cyan Racing, we are in for a bit of a surprise in the top three.

“Super Touring is the reason for TouringCarTimes’ existance, and is what sparked my interest for touring car racing when I was 11. Fantastic cars, star drivers, big manufacturers, close racing and much more. It had it all. That’s why compiling this list comes with a lot of responsibility, and I am sure many will also feel they have differing opinions as well.”

“Of course, this list is subjective, and as you might notice, heavily influenced by what happened in the British Touring Car Championship. While the BTCC was far from the only Super Touring championship, it was without argument, the best in the world. But there were other strong championships, such as the German STW Cup, the Swedish Touring Car Championship, and more of which whose results have to some extent influenced this list.”

Let’s dig down in the TouringCarTimes Top 10 Super Touring cars: You might ask how could a car that won seven titles in 1996 (Australia, Belgium, Germany, United Kingdom, Italy, South Africa and Spain) end up in tenth position? The reason is this: Quattro. I am not saying that Frank Biela, Emanuele Pirro, Rinaldo Capello and the others were not worthy champions, however it’s widely recognised that the cars had a clear technical advantage with the four-wheel drive system. The A4s were able to gain between 2-6 positions at virtually every race start, they had less tyre wear and the ability to brake much later. When the cars received even more weight, and ultimately changed to front-wheel drive in 1998, the results faded away. 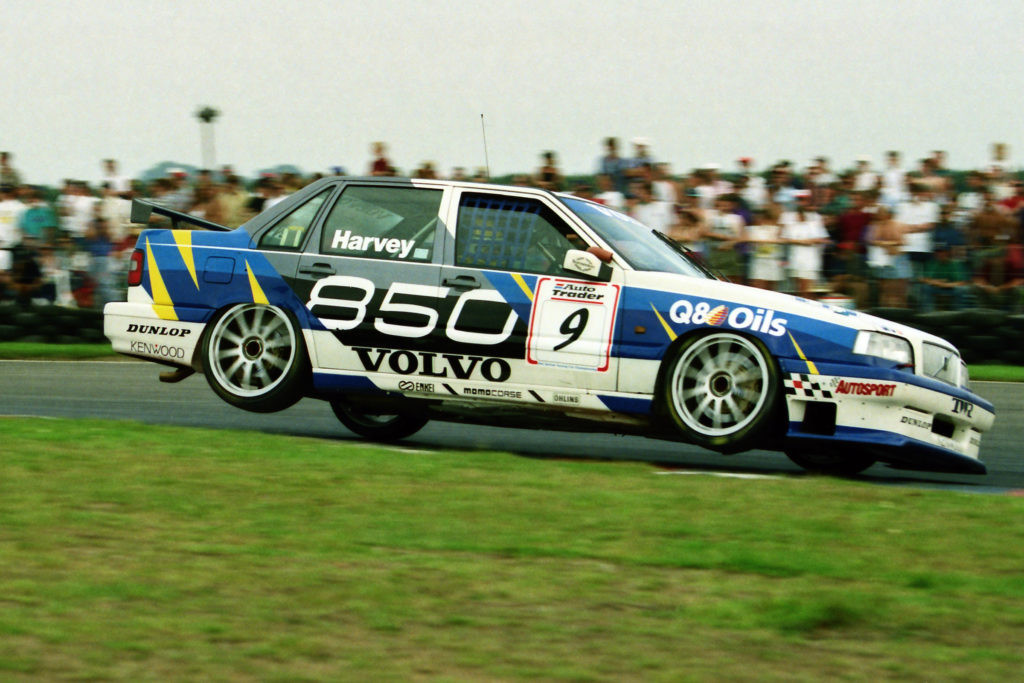 1998 BTCC champion Rickard Rydell said in an interview that he was convinced he would have won the 1995 BTCC title with the howling five-cylinder Volvo 850, if the team hadn’t chosen to go with Dunlop tyres in the BTCC tyre war years. The Swede went on to take 13 poles, but still ended up in third after an impressive first half of the season in a brand new car. Tom Walkinshaw Racing had switched from the cool but unsuccessful 850 estate of the FIA Class II regulations the year before. While never claiming any international titles, Jan ”Flash” Nilsson scored the first two STCC titles with the 850 and it had some engineering solutions that came to form parts of the Super Touring regulations. The very beautiful Alfa Romeo 156 claimed two international titles in the 2000 and 2001 European Super Touring Championships with touring car ace Fabrizio Giovanardi behind the wheel. These titles were claimed when Super Touring was on a downward slope however, and while it dominated the national Italian championship, it never achieved any results in the very tough German STW Cup. 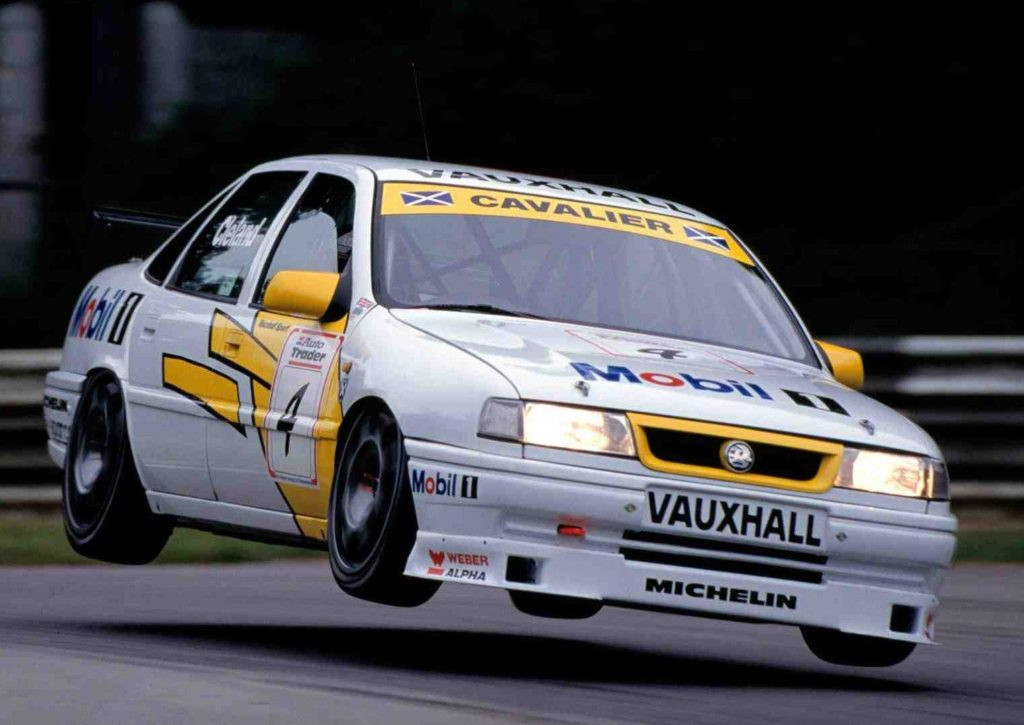 The Vauxhall Cavalier had a short but sweet moment of glory in Super Touring. That moment came when the flying scotsman John Cleland and RML claimed the 1995 BTCC title (and Mike Briggs in South Africa), beating Formula 1 giants TWR Volvo and Williams Renault. The Cavalier was replaced by the Vauxhall Vectra in 1996, a model that became competitive toward the end of its development cycle but never scored a major title, albeit coming as close as winning the 1999 STW Cup title with Uwe Alzen for a couple of weeks before, being he was disqualified following a controversial clash in the season finale. “The Peugeot 406 in the top ten?!”, I hear some are spitting out their coffee. Calm down. I am not talking about the BTCC version by MSD, but the one developed by Peugeot Sport for the German STW Cup. French touring car legend Laurent Aiello won the 1997 STW Cup after a tough fight with the mighty BMW pair of Jo Winkelhock and Johnny Cecotto, as well as clinching the runner-up spot the year after. A beautiful car that oddly enough struggled severely in the BTCC. Worth mentioning is an odd split title in the 1999 South American Super Touring Car Championship between Peugeot team-mates Emiliano Spartaro and Cacá Bueno as they had the same number of wins, poles and positions down to seventh position. The Ford Mondeo was present in all seasons of the Super Touring era that began in 1995 after moving from FIA Class II with the addition of mandatory wings and splitters. The Mondeos were built and run by several different teams during that period, but glory didn’t come until the gargantuan programme Ford launched with Prodrive to clinch the 2000 BTCC title, with Alain Menu taking the spoils. With such a long period in the Super Touring era and just one major championship title, it might be a surprise to see it this high, but the final version of the Mondeo had some mind-boggling engineering features and was arguably the fastest Super Tourer ever. The BMW 320i E36 is another car that was around from the start until, almost, the end of Super Touring. There is no other Super Tourer with more titles or outright race victories than the BMW, and touring car legends such as Jo Winkelhock, Roberto Ravaglia and Johnny Cecotto were in the top of championships around the globe. While Cecotto claimed the 1998 STW Cup title, the glory of the 320i was more toward the beginning of the Super Touring era, as the Bavarian manufacturer reduced its involvement when development started to accelerate, meaning that it could not really match the cars that are ahead of it in this list during the final years. As a Swede, I do of course have a keen eye to the Volvo S40 Super Touring. With its good looks, unique five-cylinder howl and a magic 1998 season, when Rickard Rydell not only won what could be argued as the strongest ever BTCC season, he won the Bathurst 1000km with Jim Richards just a few weeks later – claiming pole by a massive 1.5 seconds. But the glory did not reach beyond 1998, as the 1999 BTCC season saw the S40’s results marred by technical issues. The Volvo was successful in Australia and primarily in Sweden in the hands of drivers such as Jan ”Flash” Nilsson and Mattias Ekström all the way to 2002 but never claimed another title. The Nissan Primera has been ranked as the number one Super Tourer on many other lists and the argument is strong for it. Laurent Aiello won the 1999 BTCC in style, more or less untouchable despite making his debut in the championship and racing under tough pressure from five other manufacturer teams. It was successful in South Africa with Giniel de Villiers and in Sweden with Tommy Rustad. But compared to the Super Tourer in number one of my list, it needed a longer development period before it was able to win a title. So here we have it, the number one Super Tourer: the Renault Laguna. The French oddball developed by Formula 1 legends Williams. The Super Touring Laguna was instantly a title contender with Williams, despite being completed just before the first race in 1995. It was involved in the 1996 title fight but could not beat the Audi A4 Quattro, a car with a special advantage as discussed previously on this list.

Alain Menu blew the doors off in the 1997 BTCC season, winning 12 races and claimed the title with a massive 110-point gap over Audi’s Frank Biela, who had received more weight in the Quattro. Not long after, Menu won the RAC Tourist Trophy at Donington Park. Renault only raced officially in the BTCC, which means some might question the number one spot. But the Laguna was a title contender from day one, right up to its penultimate season during a period in that the BTCC was no doubt the strongest touring car championship in the world, perhaps even ever. That I would say makes it a worthy number one.