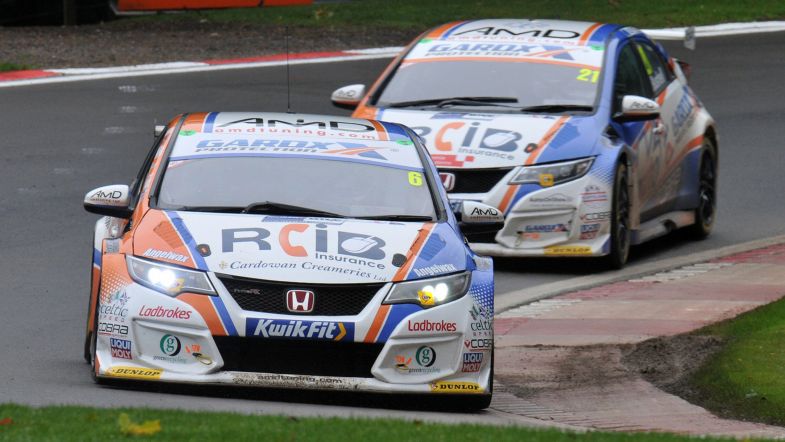 Rory Butcher said he was pleased to lead the front-wheel drive challenge after securing a solid fifth on the grid for the BTCC season finale at Brands Hatch.

The Cobra Sport AmD driver arrived at the Kent circuit keen to bounce back from a tough weekend at Silverstone, where his chances of the overall title came to an end.

In a tricky wet session where rear-wheel drive cars were able to shine, Butcher was able to post his quickest lap right at the end of qualifying – one of few drivers to do so – to earn a place on row three and said he was thrilled with the end result.

“I’m delighted,” he said. “We had no idea where we would end up going into qualifying as it had been so mixed up in practice with the conditions, and with people on different tyres. Early on in qualifying I felt confident we could fight near the front, and I delivered right at the end to be best front-wheel drive car and it puts me in a good position for tomorrow.

“After the second red flag, I knew there was more time in me and I took more of a risk in the middle sector. The team told me I had one more lap and I decided that was it and I had to make it work. I popped out of S2 a few tenths up on my best and the commitment paid off.”

Having qualified ahead of Independents’ title rival Josh Cook and just behind and Jack Sears Trophy rival Tom Oliphant, Butcher is now well placed for race day but insisted that he wasn’t thinking about the points situation.

“I feel good and I have some friends around me with Jake [Hill] and Mike [Bushell] being up there,” he said. “However, the day will unfold as it unfolds, and I need to just do the best job I can and take each race at a time.

“I don’t want to start worrying about the points and about strategies as things happen so quickly in the BTCC and are changing all the time during a race; you can start to overthink things. I just have to do the best job that I can see what happens.”