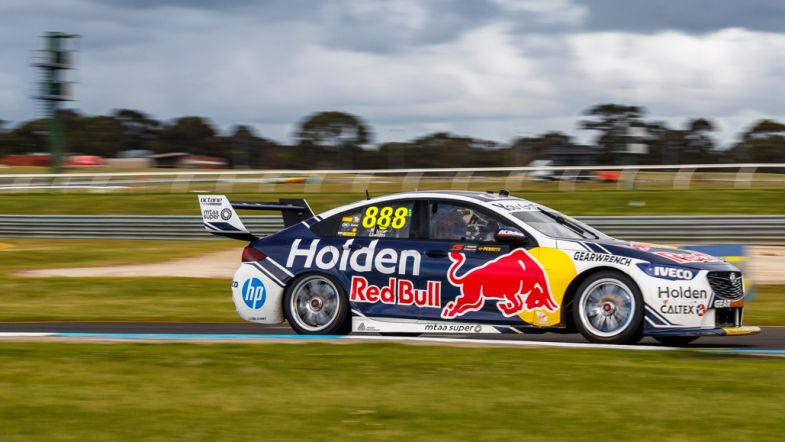 There was no stopping Triple Eight Race Engineering driver Jamie Whincup who won the second Supercars Championship qualifying race of the weekend at Sandown. The race was held in slippery conditions from previous rainfall, with mixed choices throughout the field on slicks or wet tyres.

While Whincup got a clean getaway at the start, there was controversy behind him as his team-mate Shane van Gisbergen made contact with Erebus Motorsport driver Anton De Pasquale.

Van Gisbergen was defending from a quick-starting DJR Team Penske driver Scott McLaughlin and then overshot his braking point, going into the side of De Pasquale and sending him into a spin.

The stewards controversially handed De Pasquale a drive-through penalty for the incident while van Gisbergen retired from the race.

“I can’t believe they gave him (De Pasquale) a drive-through,” said van Gisbergen.

“One hundred percent on me. I’m sorry for ruining their race. That sucks they got a drive through, that’s not right. We’ll have a crack (tomorrow), but I feel pretty bad for them.”

De Pasquale was able to rejoin the race further down the order to finish 13th.

Will Davison crossed the finishing line in fourth ahead of manufacturer colleague Scott McLaughlin. The championship leader struggled throughout the race, complaining about incorrect tyre pressure.

Whincup will start tomorrow’s 500km main race from pole position thanks to the victory ahead of Heimgartner and Reynolds. The start of the race takes place at 13:25 local time.