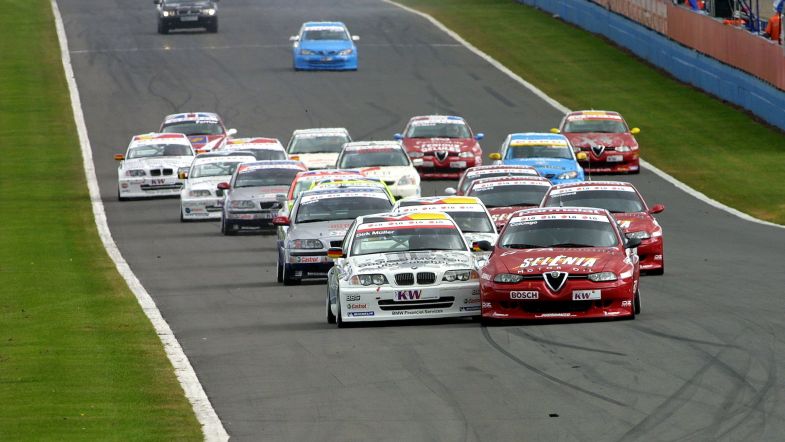 Magny-Cours and the European Touring Car Championship hosted the first ever race run to Super 2000 regulations on April 21 2002.

The grid featured 19 cars with factory entries from Alfa Romeo, BMW and Volvo, as well as independent entries from Honda and Nissan, with the race starting a successful era that would last (in various forms) for 15 years.

S2000 replaced the hugely successful Super Touring regulations of the nineties, which succumbed to escalating costs.

There was controversy surrounding the regulations even before the first season had started. Final confirmation of the regulations were delayed, including things like gearbox specification, and this forced teams to make changes to the cars after the pre-season testing.

As the teams headed to France for the first round in late April, it was not long until it was clear that Alfa Romeo had a massive advantage with the 156 GTA. 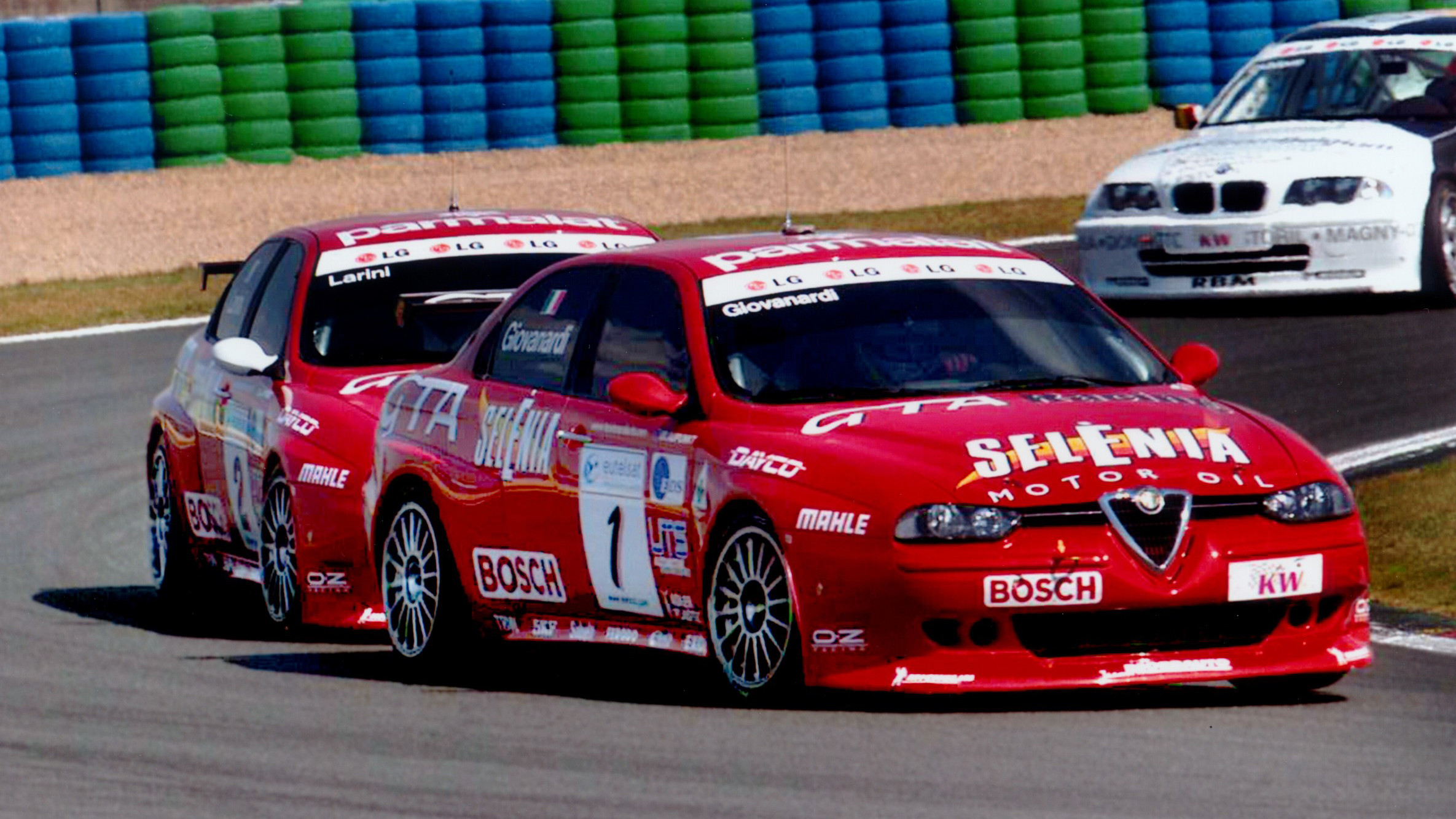 BMW had five factory entered cars with teams BMW Team Deutschland (Schnitzer), Belgium (RBM) and Spain (Ravaglia). Dirk Müller came closest to challenging the scarlet Alfa Romeos at Magny-Cours, but was a distant third in both races and close to a second from pole in qualifying.

Alfa Romeo steamrolled the first part of the season and it was not until the fifth race weekend of the 2002 season at Anderstorp that BMW managed to break the dominance and claim a victory. And the victory came after a controversial change in the regulations.

The change saw BMW being much closer to Alfa Romeo in the remaining part of the season, claiming a total of seven victories; four by Jörg Müller and three by Dirk Müller.

Volvo had appointed Prodrive to run its programme in the 2002 ETCC, but it was far from the size of those from Alfa Romeo and BMW. 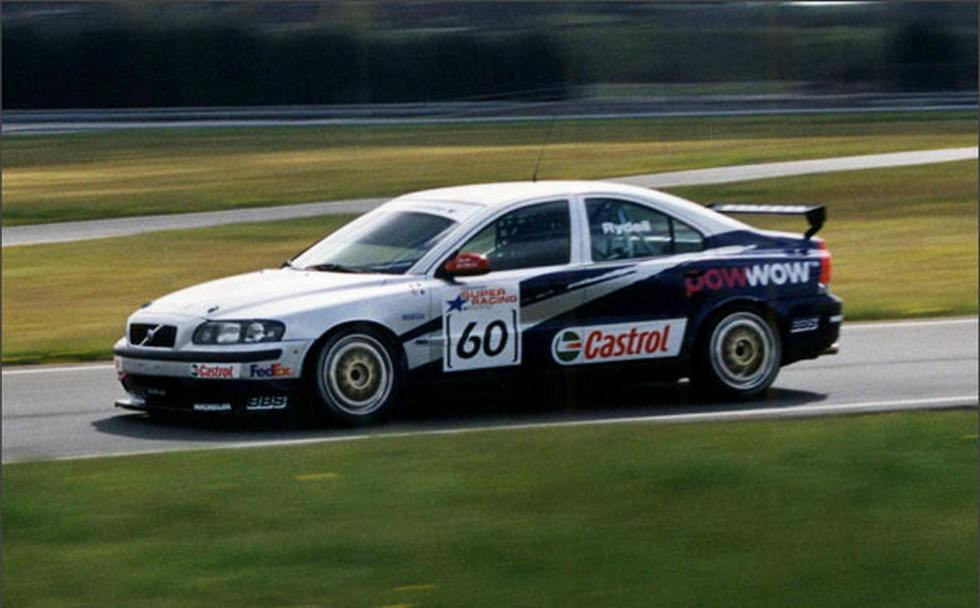 The team ran two Volvo S60s for Rickard Rydell and James Hanson and while Rydell racked up eight podium finishes over the season, the Swedish manufacturer was never competitive enough to seriously challenge Alfa Romeo and BMW.

Volvo pulled the plug on the programme after the season, and it was not until the 2016 WTCC campaign that the Swedish manufacturer would return to the international touring car racing scene.

Returning to the first S2000 season, Giovanardi went on to claim the 2002 ETCC title with nine victories, four of them being consecutive. He beat BMW’s Jörg Muller by 29 points in the end.

Alfa Romeo claimed the manufacturers’ title comfortably with more than half of the victories, beating BMW by 25 points.

The following season saw SEAT entering the S2000 scene and BMW were much closer to challenging Alfa Romeo in the title fight. 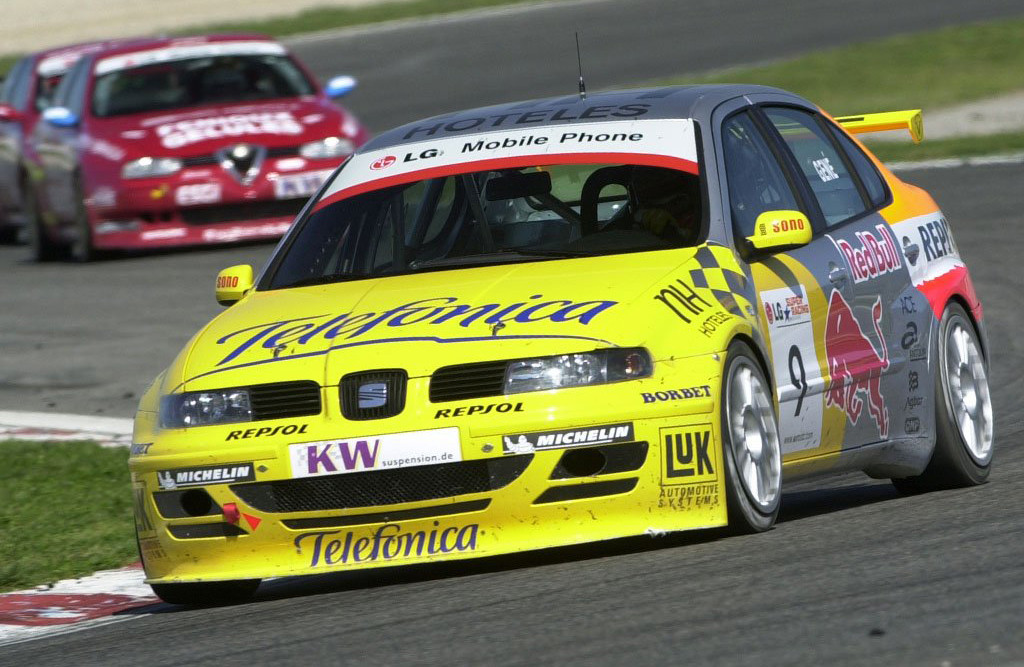 The S2000 regulations continued to evolve all the way through to 2017, which was the last season on a World Championship level with S2000. It was then named TC1 S2000, and the cars were far from its original form.

S2000 beat both Super Touring and Group A in terms of how long it was used globally, but ultimately suffered the fate of escalating costs and dwindling interest from both manufacturers and teams involved.

TCR took over the baton in 2017 and is currently enjoying a surge, as was the case at the beginning of both the S2000 and Super Touring eras.

The main question is whether it will be able to provide better longevity and sustainability compared to its predecessors.