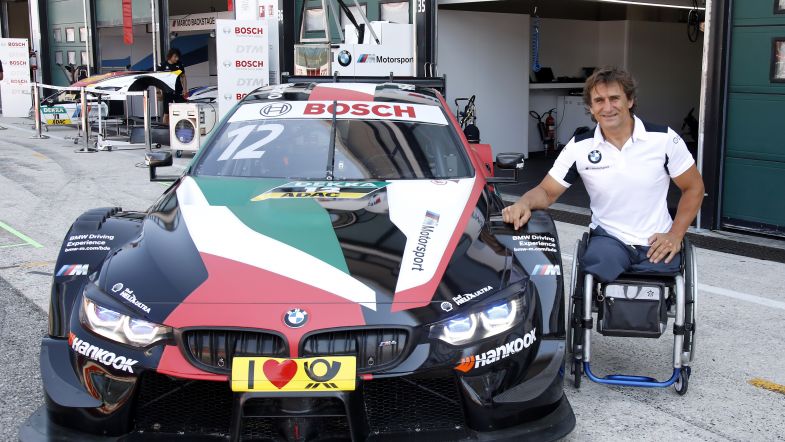 Six of the best touring car cameos over the years

Some of the best touring car performances come from those for whom expectations are the lowest. Throughout the years, many drivers have driven one-off races or partial campaigns without the experience of those competing the full season.

But as you will see below, this lack of seat time can quite often work to their advantage, with performances being pulled out of the proverbial hat and upsetting the regulars. Others may not challenge the front-runners in the slightest, but nevertheless impress onlookers.

Here are just six of our favourites.

The Dutchman never got a proper crack at the World Touring Car Championship, but his form at the Guia Circuit in Macau was something to marvel at. Having not raced at all in the 2005 season until the final round of the year on the infamous street circuit, Huisman put in a sterling drive to sixth from 16th on the grid. Come Race 2, it was an even better scenario as Huisman claimed the win by just over two-tenths of a second from Andy Priaulx, who took the title in his BMW.

The 1998 BTCC champion was a staple of SEAT’s WTCC campaign in the early years of the championship and the Swede had already taken a win in each of the first seasons, in 2005 and 2006. But he was dropped before the 2007 season, leaving Rydell out of a drive.

He made a one-off appearance on home soil at Anderstorp in a privateer Chevrolet, taking a ninth in the opening race in tricky wet conditions. Come Sunday though, Rydell mastered the former Grand Prix venue to take a controversial victory in Race 2. The up-side to this was a return to SEAT for 2008 and 2009 before taking his solitary STCC title in 2011.

Before his World Touring Car Cup debut in 2018, the three-time BTCC champion made a brief cameo in the final round of the TCR International Series in Dubai. Ostensibly there to assist his Volkswagen team-mate Jean-Karl Vernay secure the title – which he eventually did – ‘Flash’ somewhat upset the apple car by claiming pole position on Saturday before taking second place in Race 1.

The Scotsman, who later went on to endure two difficult campaigns in WTCR as team-mate to Vernay in the Team WRT Audi RS 3 LMS, backed up his podium with seventh in Race 2.

Both of these drivers made their cameo appearances during the 2018 DTM season, and each had vastly contrasting goals. Zanardi – who won the CART championship in 1997 and 1998 before losing his lower legs in an horrific accident at the Lausitzring in 2001 – had previously made his racing comeback in the European Touring Car Championship with success, famously taking the first victory in a converted BMW at the Oschersleben in 2004.

Now a Paralympic gold medalist, Zanardi’s first outing in the DTM was outstanding, as the Italian took a 13th place in the opening race at Misano, before fighting through to claim a superb fifth in the second race. A true out-and-out racer, Zanardi’s exploits continue to amaze.

For six-time World Rally champion Ogier, it was a different story but no less impressive. The Frenchman had previous circuit racing experience, in the Porsche Supercup in 2013 and 2014 (at Monaco and Red Bull Ring respectively).

Ogier qualified 19th out of 20 cars but rallied (Ed: sighs) to a creditable 12th in the opening race and 16th in the second against a very competitive field.

Mention the name Roberto Colciago to any fan of early 2000s STCC and you are sure to get a mixed response. Such was the impact the Italian made on the series, especially with his explosive relationship with Jan “Flash” Nilsson in 2001.

A year before then, Colciago made his first forays into the STCC and it was arguably what set him on the path to his two titles – the first to secure back-to-back crowns since Nilsson did in 1996-1997. Colciago made his debut at Gelleråsen and did the last four races of the year. His record was admittedly mixed but nonetheless impressive: retirement in the first Gelleråsen race before a strong second in Race 2; fast forward onto the final round of the season at Mantorp and he recorded a ninth place finish and another retirement. Fairly inconspicuous yes, but the two following seasons speak for themselves.

Once his Formula 1 career finally stopped Nigel Mansell was to many, a forgotten man. That was, until he turned up in the cut-and-thrust arena of the BTCC in 1998. He’d competed in the TOCA shootout in 1993, but this was his first crack at the main thing.

It turned out to be one of the best races in BTCC history as Mansell – ever the combative driver – took it to the big stars of the day with aplomb and very nearly won on his first go. Retirement three laps into the first race meant Mansell would start at the back of the grid for Race 2.

But where he excelled in F1 was in changeable conditions, and when the heavens opened, Mansell charged through. He led for a handful of laps, eventually fading to fifth by the end. But it was a typical Mansell drive. A pair of DNFs at Brands Hatch and two unspectacular finishes at Silverstone signalled the end of his BTCC adventure.