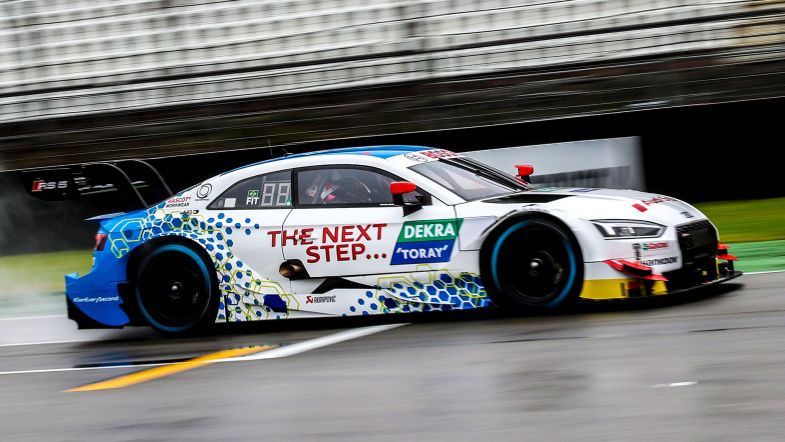 The DTM is taking green steps, is it enough?

The DTM has announced a number of measures to shift towards greener technologies in the coming seasons, with as a commitment to study hybrid technology ahead of a planned implementation at a point after 2022, and the testing of greener fuels with up to 30% less CO2 emissions.

But is this enough to keep the manufacturers’ interest in the series, or is it too little, too late?

The manufacturers officially involved in the DTM, Audi and BMW, have been hit by the consequences of the ‘diesel gate’ scandal. This has forced them to quickly look into new strategies.

In this sense, both have reaffirmed and strengthened their involvement in the all-electric Formula E series, which has been granted “world championship” status by the FIA. 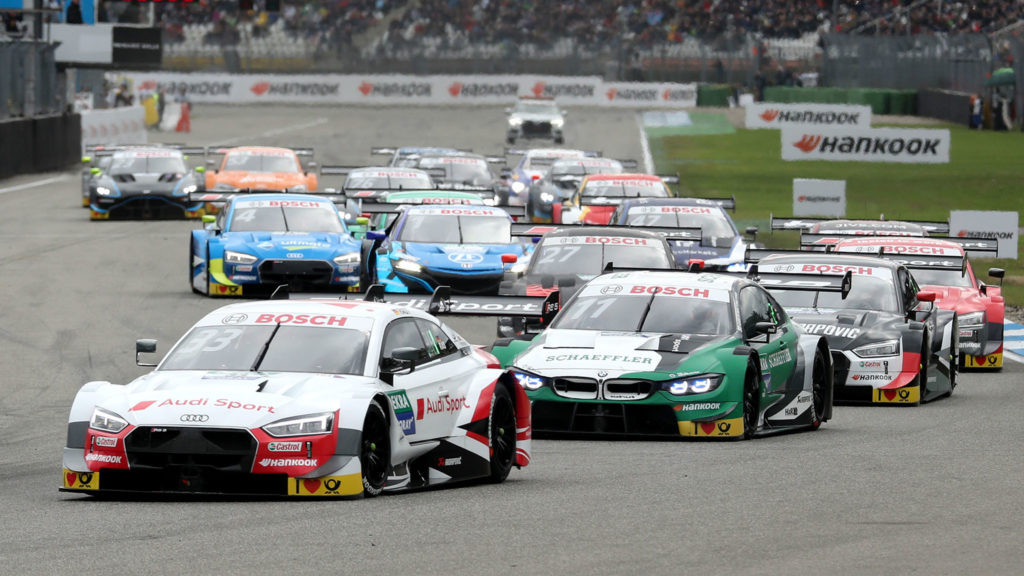 The DTM remain the “other works racing commitment” for both manufacturers, with BMW having called time on its WEC programme. But the future looks unstable for a series with expensive, high performance super touring cars still running on combustion engines.

Much of the current situation has to do with the delay in the implementation of the Class 1 regulations and the 2-litre, four-cylinder, 610-bhp engine. The unit should have made its debut back in 2017, a number of issues – which ended up with Mercedes leaving the series at the end of 2018 – meant it landed on the grid two years later, a delay that has clouded its higher efficiency.

Yes, the new engines are more efficient, smaller, lighter and also more powerful, with the push-to-pass function taken into account. So how much more efficient is the new engine compared to its 4.5-litre, 8-cylinder, 580-bhp predecessor? Audi Motorsport boss Dieter Gass confirmed to TouringCarTimes that the efficiency gain was just 10%.

10% is not a lot, and it’s not even marketable, to justify a commitment to a combustion engine based series in the current climate, even if 70% of all road Audis, according to Gass’ claims, will still have combustion engines in a decade’s time. Motorsport Director Jens Marquardt, who is under close scrutiny from BMW’s new CEO Oliver Zipse, has been a long-time advocate for the introduction of hybrid systems in the DTM. He has stated that the new Class 1 M4 DTM, fitted with the new engine had “plenty of space” to accommodate a hybrid system, and that the unit had been designed to “make it simple to plug in the additional elements.

DTM, however, has been slow to implement the changes. The series is run by ITR, and only at the end of the 2019 season did chairman Gerhard Berger admit they would study the implementation of hybrid systems, with no change in the current regulations for the 2020 and 2021 seasons.

Cost control has been a key issue in the DTM in the recent years. Ever since BMW’s return to the series in 2012, and as part of the promises made to them in exchange for their commitment, DTM has worked towards reducing costs with a number of regulatory changes. Marquardt confirmed to TouringCarTimes that “the implementation of common parts and the Class 1 regulations have resulted into a reduction in costs of 40% since we entered the series.”

Still, racing a DTM car for a complete season, vehicle included, has a whooping estimated cost of 2.2-2.5 million EUR, with 2019 featuring a peak in costs due to the new engine. “Yes, this year we have spent more with the new engine, but we will recover that investment in the coming years due to the further costs reduction we are working on,” added Marquardt at the Hockenheim season finale. Berger and ITR have also stated that the new hybrid systems would have standard parts developed by an independent company (Bosch, Dekra or others). However, this doesn’t guarantee the manufacturers will be able to fit the system into their cars without any additional investment.

So where does this leave DTM? After a peak in costs for the delayed introduction of a not-so-efficient engine, the series is now looking to another possible extra expenditure in the development and introduction of a system that, in two years’ time, might not be a marketable answer either.

Is a zero-emission power unit the future?

The world is rapidly moving towards reducing emissions as much as possible, with marketing for road cars no longer focused on engine power or fuel consumption, but rather on emissions and range. 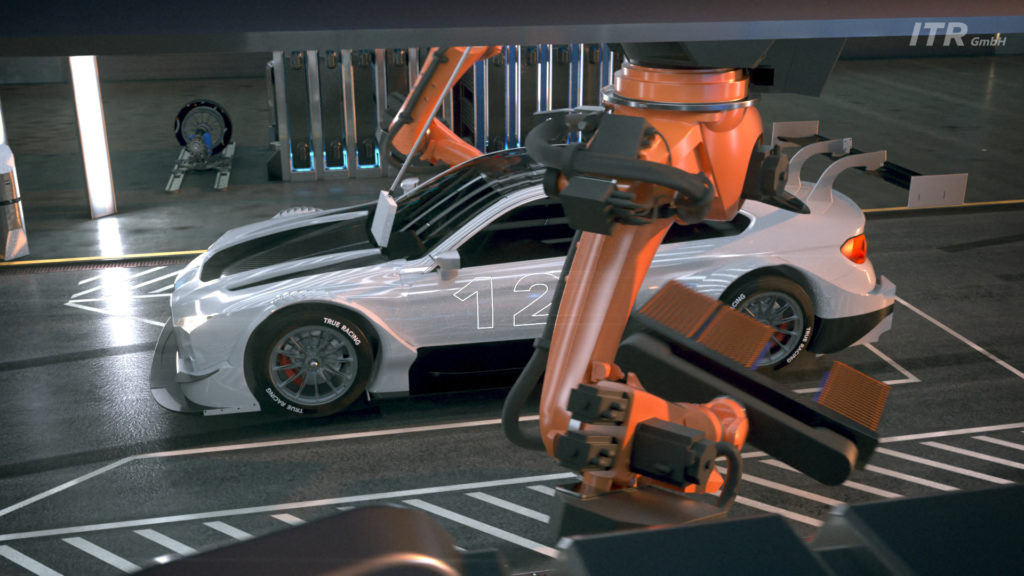 The DTM seems to be keen on the concept, with ITR releasing a video with a concept racing support series featuring either electric or fuel-cell (hydrogen, a technology Mercedes-Benz is investing heavily into) cars, which are refuelled by autonomous robots during pitstops. It’s an idea of what racing could become in the future, but still very far-fetched due to the costs involved.

A few years ago, thinking of a 1,160 kg touring car racing on a battery-powered propulsion unit was fiction material. However, some manufacturers, with Cupra (SEAT’s high performance brand, part of the VAG Group) at the forefront, have been working on the development of cars for the new ETCR series, the first completely electric touring cars, which should see its first season in 2020. Cupra’s e-Racer was initially due to take to the track as a “box 56” guest entry in the WTCR in late 2018, but the introduction has been delayed. The new e-Racer’s propulsion unit has a weight of 405 kg, with its related systems increasing the weight of the racing car by nearly 40% compared to its TCR counterpart, a key factor when it comes to the performance and range of a car running solely from an electric battery.

Audi stated back in October that it isn’t looking at an ETCR model for now, with the Ingolstadt-based manufacturer also halting the development of its TCR challenger, the RS 3 LMS. Also, at TouringCarTimes’ request, a BMW Motorsport spokesman has confirmed the manufacturer isn’t currently considering an involvement in ETCR, rather focussing on the entry level M2 CS, and the M4 GT3 and GT4.

Marquardt himself was dismissal of a future solely based on battery-powered vehicles, citing performance and range issues. But technology is making big steps forward and BMW has already announced the i4 road car, to be launched in 2021, based – like the M4 DTM – on the sedan 4 Series, and which will run solely on an electric battery with a 600-kilometre range and a fast charging capacity.

So thinking about DTM’s 55-minute plus one lap races, with an average racing distance between 150 and 170 km, becomes more of a possibility as engineering progresses.

DTM has slowly started moving in the right direction towards keeping manufacturers’ interests engaged, but the lack of decisive and concrete steps could mar the series’ future in the mid-term.

ITR has so far taken timid steps towards a real internationalisation of the series, with ITR still not clear as to how to move forward with a possible inter-continental Class 1 competition. With both Gass and Marquardt under pressure from their respective boards, and with both stating that the racing commitments are constantly reviewed and confirmed on a two-year basis, DTM is running out of time to keep the series interesting for the only two manufacturers still involved.

The DTM’s complicated situation has worsened with R-Motorsport’s not-so-shockingly announcement of leaving the series after just one season, and with Honda, Nissan and Toyota still reluctant to join any programmes outside of the Japanese Super GT series.

ITR is facing a 14-16 car grid for 2020, the lowest level of entries since the DTM was reborn at the dawn of the millennium.

If the series wants to survive and establish a solid base for the future, ITR must establish concrete and definitive time frames to study, announce and implement new technologies for the not so distant future, lest their current players look for a marketable solution elsewhere.