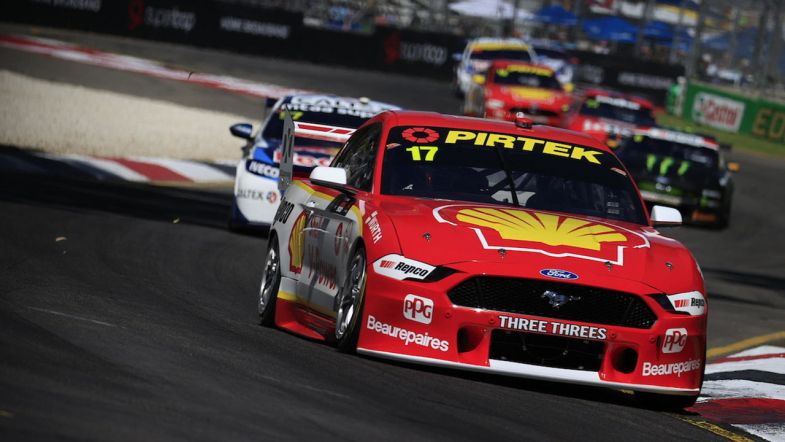 Breaking down the factors which look to unsettle Supercars

It’s no shock right now that the COVID-19 crisis has hit the world hard, both physically and financially. Sport has been one of the biggest losers in the global shutdown, for the most part unable to supply content – which causes the money stream to dry up.

The Supercars Championship has been able to provide an alternative of sorts through its All Star Eseries, using the iRacing simulator platform, though this doesn’t even come close to replacing or replicating some of the benefits that real world racing provides.

Australia has fared relatively well compared to other countries through the current pandemic and is slowly reopening, allowing Supercars to get back on track at the end of June at Sydney Motorsport Park while a revised calendar to complete the championship has been revealed.

However, some glaring omissions from the schedule to round out the 2020/21 season give an insight as to part of the uphill struggle the category is facing moving forwards, as well as the general state of the national economy.

Two of the key events on the calendar, the Gold Coast and Newcastle street races, have been dropped for this season as the Queensland and New South Wales state governments respectively choose to spend their money on an imminent unemployment surge.

Street races are a cash cow for Supercars given they provide great access for fans of all socioeconomic backgrounds, whether they are the general admission punters who save up all year to get to the track, or the businesses who pay for the VIP treatment and fill up the corporate boxes.

Though racing at permanent circuits still provides some of these opportunities, the street fights are often promoted heavily by Supercars and state governments as well as being easy to access thanks to being positioned either in, or very close to, city centres.

It has already been confirmed that – at the very least – fans won’t be allowed to attend the first round of the season restart at Sydney Motorsport Park, making it a TV-only event, while it seems likely the Winton round will be the same as not many fans would show up to country Victoria in the middle of winter anyway.

At the time of writing, the Northern Territory currently has no active COVID-19 cases, meaning Hidden Valley could be the first time that spectators are allowed to attend races, allowing some of the Supercars income stream to return.

Another big issue facing the sport is the impending TV rights deal, which probably couldn’t have come around at a worse time with Supercars now having to justify to potential buyers that their product will be present for the foreseeable future.

Foxtel, which currently holds the rights to broadcasts all rounds live, is hemorrhaging money with 70 job cuts in the last month, including to the Fox Sports arm which saw its Motorsport division lose talented young writer, James Pavey.

Couple this with Network Ten losing money hand over fist right now and axing their Head of Sport, former Supercars commentator Matt White, and it’s clear that the writing is on the wall; Supercars will not be returning to the former “Home of Motorsport” next season.

There’s a case to make that Channel Seven could be there to pick up the scraps, having broadcast the Supercars-owned Bathurst 12 Hour GT race for the past few years as well as previously being the broadcaster for the championship from 2007-2014.

Eagle-eyed fans have noted that the Seven and Supercars Twitter accounts have made a habit recently of retweeting each other, as well as some of the Eseries race reports being shown on the network’s news broadcasts which those who are more cynical than others could suggest that the pair want to get the band back together.

The final round of the Supercars championship for 2020/21 will occupy the same weekend as the Bathurst 12 Hour with both being held at the Mount Panorama circuit, Supercars looking to hedge its bets if the multitude of international teams can’t come to Australia to compete in the endurance classic.

Although the next TV rights deal will not be anywhere near the record $241 million set in 2014 when Foxtel announced its deal with Supercars, Seven could well move to being the new motorsport hub in Australia thanks to its current ownership over the broadcast rights for the Australian Racing Group’s TCR Australia and S5000 categories to name a few.

Finally the costs of the series itself could see its downfall as we’ve already seen the 23Red Racing outfit of Will Davison and team owner Phil Munday announce they won’t be returning when the season resumes.

Cost cutting has been a big aim for Supercars in recent years but now more than ever is the time for costs to be reduced and importantly equalised up and down the field otherwise sponsors will start falling by the wayside.

Though the move to control dampers and some engine components this year have helped even the playing field, a more drastic change to identical engines or a totally spec car might be the only way for everyone to truly compete in the championship.

With teams needing to fork out at least $5 million to have two relatively competitive cars in the championship, any way to lower those running costs without sacrificing jobs of those in the industry will be essential if the category is to survive through the next few years.

The Supercars Eseries has been successful, as least in comparison to the ARG’s eSports Cup offering, but Australia’s premier touring car category needs to capitalise on the conditions it has been handed on the other side of the break if it is to have a chance at thriving in the future.

A combination of all these factors means Supercars is in for a tough couple of months and could face a few tricky years ahead given that the implementation of Gen3 regulations have been perpetually delayed.

How things pan out will certainly be interesting to see…