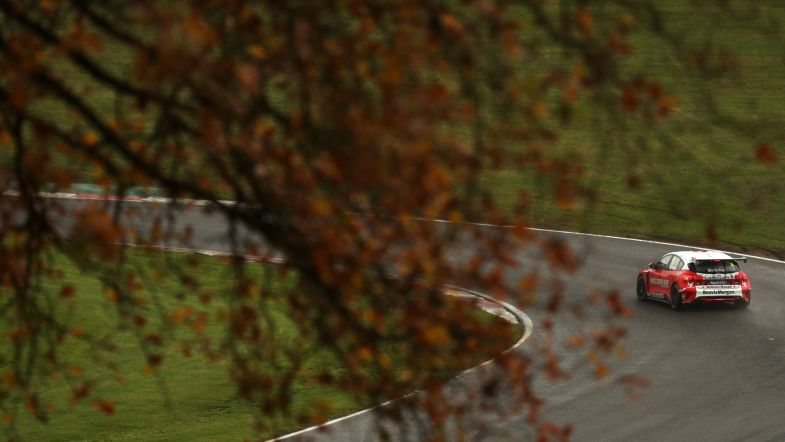 Rory Butcher: “It was hard to keep out of the gravel!”

Rory Butcher admitted that qualifying at Brands Hatch had been far from easy after the Motorbase man snared a front row grid slot for the BTCC season finale.

Butcher heads into the weekend with a mathematical chance of taking the title, but would need a turnaround the likes of which have never been seen before in order to be crowned champion – with the Scot more than 60 points behind and only 67 on the table.

With that in mind, Butcher’s Focus for race day will instead be on trying to end the first year for the new Focus ST on a high, with the 33-year-old setting himself the goal of challenging for a podium finish.

“Today has been great,” he said. “It’s our home track, so a front row start is just what we needed.

“It was a tough session and at one point we were outside the top ten, but we made changes all through the session and got a lap in at the end. It’s been very greasy on track and difficult to get temperature in the tyres, and nail a lap when the tyres are at their best.

“The operating window on these wet tyres is so small in terms of performance that it was far from easy, and we had to try and keep it out of the gravel as well!

“We’re in a good position near the front and I want to bring it home for some silverware and then we can go back to Scotland with a smile on our face.”