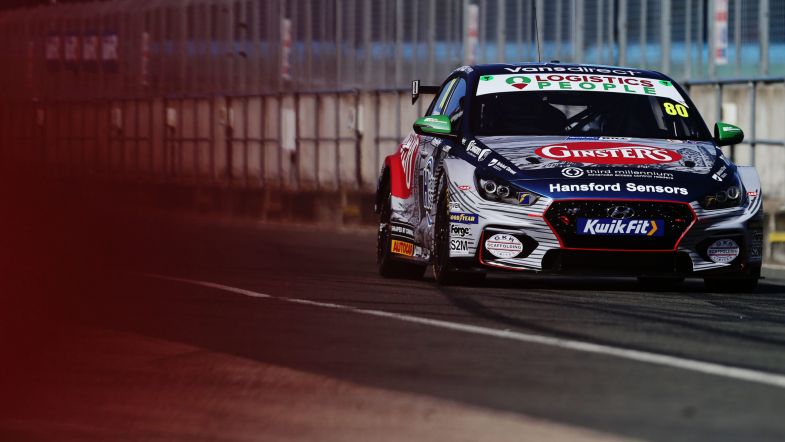 Tom Ingram says he is feeling “pumped” as he prepares to make his debut for the EXCELR8 with TradePriceCars.com team when the new BTCC season kicks off this weekend.

Ingram makes the switch to the Hyundai team for 2021 after his departure from Speedworks over the winter, and has been hard at work in recent weeks getting up to speed at the wheel of his new i30 Fastback N – one of two new cars that have built up by the team over the winter.

Testing at Snetterton, Croft, Silverstone and Brands Hatch has provided Ingram with plenty of seat team and he now goes into round one looking to try and start his season on a high at a venue where he won twice last season.

“If you’d asked me before we went to Brands Hatch for our final test if I was looking forward to Thruxton then I would have said yes,” he said. “However, we had a bit of eureka moment there where we tried a few things out that worked, and it leaves me even more pumped and excited going into round one.

“Throughout pre-season testing we have been able to make big steps forward with the car and the shape of the Hyundai is well suited to the high-speed nature of the Thruxton layout, which leaves me feeling quietly confident about what we can achieve.

“I’m really excited about making my debut for the team and I want to be right up there fighting for pole and a win, as I have a good record around Thruxton in the past. However, it’s a long season and it’s important for the bigger picture to stay out of trouble and make sure we put as many points on the board as possible.”

Ingram will partner the returning Chris Smiley this season in one of two Ginsters-backed cars on the grid, with the Northern Irishman also confident about the weekend ahead.

“I’m feel really good going into the opening weekend as we’ve been able to learn a lot during pre-season testing; particularly in the final three days of running,” he said. “It’s been good working with Tom as we have similar driving styles, and we have been able to try out a lot of different things to improve the car from where it was last year.

“I think it’s wide open this season, and there are going to be a lot of people aiming for the top ten this weekend. A lot of it will come to down who can get a lap in in qualifying but we know we have a good car. The target is to maximise what we have, push to get into that top ten and see how far up we can get.”