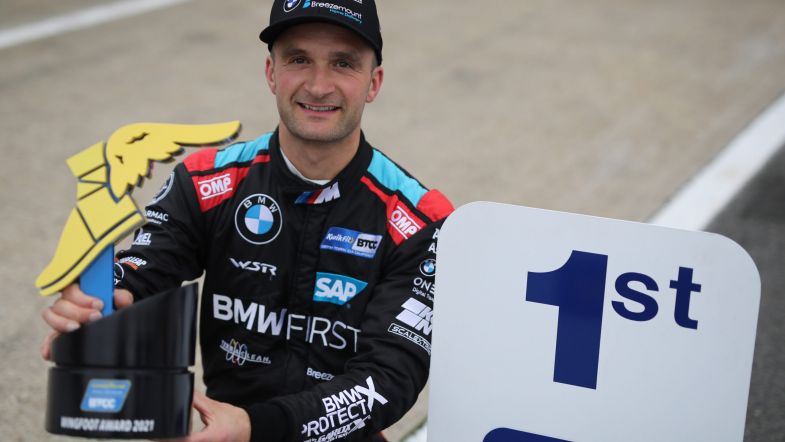 Colin Turkington was able to successfully defend his Wingfoot Award for top qualifier in the BTCC after seeing off the challenge of his nearest rivals at Brands Hatch.

The West Surrey Racing driver held a lead of eleven points over Rory Butcher going into the finale with Jake Hill also in the mix in third spot.

Whilst his main rivals would struggle however, Turkington was able to take his BMW to the eighth best time, with the points scored seeing the Northern Irishman end up clear of Josh Cook in the award backed by Goodyear.

“It’s a great award to win,” he said. “It’s one I always have my eye on because it means that I am the fastest. I knew it was quite close coming into this weekend with Rory and Jake.

“I won it last year as well so as Micky Butler says, I’ve got two doorstops now, one for the front and one for the back door!”

Turkington is the closest challenger to Ash Sutton in the overall standings but will start behind the Laser Tools Racing man, with his focus for race day being to try and maximise the points available from the three races.

“I’m really satisfied with qualifying,” he said. “I felt I got the maximum out of the 3 Series. I did two runs and on the first run by myself and the car was fantastic on the new rubber. Then on run two I got a nice tow off Stephen [Jelley] and found an extra bit of lap time.

“I knew I delivered the maximum, so there was no point going for any more. Ash [Sutton] is in front – he’s done a great job – but I’m satisfied that I’ve got the most out of my package and tomorrow is a completely new day.”