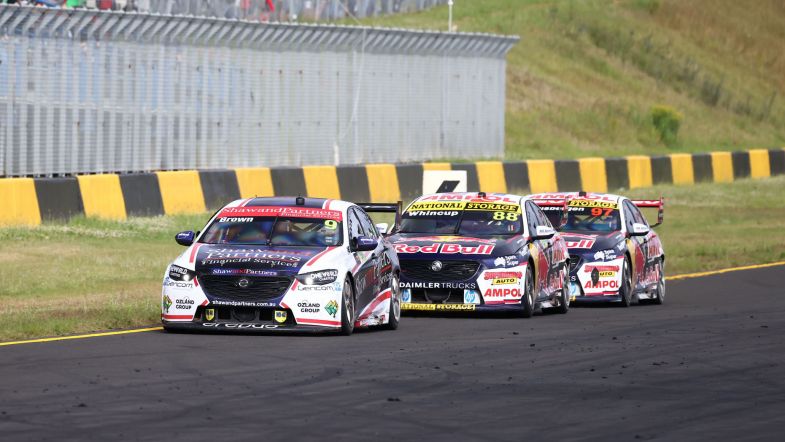 Will Brown claimed his maiden Supercars Championship victory in a thrilling last race of the weekend at Sydney Motorsport Park.

The Erebus Motorsport driver started fourth and climbed the order during the pit stops where he changed just two tyres.

The Triple Eight Race Engineering duo of Jamie Whincup and Shane van Gisbergen stopped later and quickly gained on Brown towards the end of the race.

But Brown got a break as team-mates Whincup and van Gisbergen started a furious fight for second place.

Triple Eight radioed Whincup to let van Gisbergen past, but Whincup had none of it and defended sternly as the duo made contact several times.

Nick Percat, Todd Hazelwood and Svott Pye made it an all-Holden top six, with Cameron Waters as the top Ford driver in seventh position for Tickford Racing.

Van Gisbergen remains on top of the standings, heading Whincup by 337 points and Davison by 489 points.

The next Supercars race takes place at Sydney Motorsport Park again on November 19-21.