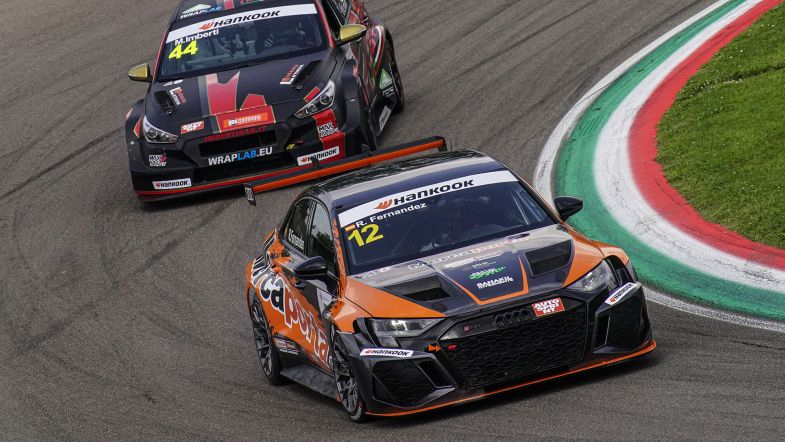 The RC2 Junior Team driver started from pole and claimed the lead into Turn 1.

But Fernández made a mistake on lap five, handing the lead to Hyundai driver Michele Imberti.

The safety car was called into action on lap five when three different drivers had stopped due to separate technical issues: Steven Giacon, Marco Butti and Mattias Vahtel

The race resumed on lap 10, but the safety car was soon to be issued again.

Denis Babuin (Audi) went into the back of Honda driver Antti Rammo, leaving both stuck in the gravel.

The race was resumed with just two minutes left on the clock and there was further action to come.

Leading driver Imberti suffered a puncture, handing the lead back to Fernández.

But the red flags were soon brought out as Sylvain Pussier stopped on track due to a technical issue and the final results were reversed to the lap before.

This meant that Fernández won the race ahead of CRM Motorsport driver Imberti and MM Motorsport’s Manuel Bissa.

Salvatore Tavano, who finished eighth, heads the standings on 133 points, Volt is second on 121 and Tamburini is third on 108 points.

The next TCR Italy round takes place at Misano on June 3-5.