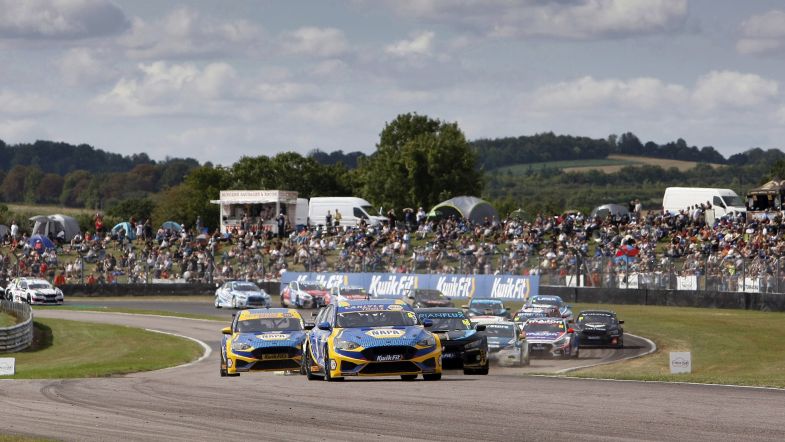 Dan Cammish says he is hopeful that his victory at Thruxton will provide the boost needed to end his BTCC campaign on a high.

Cammish has endured a tough campaign since returning to the grid with Motorbase this season, with a fire on his NAPA Racing UK Ford Focus in qualifying at Donington Park setting the scene for what was to follow.

Although he scored a double podium at Brands Hatch, Cammish would fail to score in five of the opening nine races – a run of form that immediately dropped him out of contention for the title.

Thruxton however would see things take a turn for the better, with the former Porsche champion grabbing pole in qualifying before taking a comfortable race one win after taking advantage of early drama behind to build a handy lead at the front.

Cammish looked set to double up in race two before ceding position to team-mate Ash Sutton to boost his title bid, and then wrapped up the weekend with tenth in race three – making Thruxton only the third meeting this season where he has scored a hat-trick of top ten finishes.

“To be the pole man is one thing and I enjoy qualifying – it was a nice buzz to get that first pole for NAPA Racing and to get that feeling back,” he said. “However, you have to convert it and there was some real fast boys around me going into race day.

“I got a great start and I was gone in the first race and it was one of those races that is unusual in the BTCC as I was gone and could just take it easy at the front. Had I not won that race, I don’t think the call would have been made in race two, but it was the right call as we race as one as a team. Of course it is difficult to swallow as a driver, as giving up a touring car win isn’t something you do lightly, but it was right to support the team and it was a NAPA 1-2 whichever way you look it.

“It’s been a shocking season and I look at the points not and see I’m eighth and think how bad must things have been for some people! We turned a corner at Snetterton but the results didn’t really show it as we got run wide in race two, but here we showed how we have improved and the last two rounds are important to try and finish on a high as we look towards 2023.”