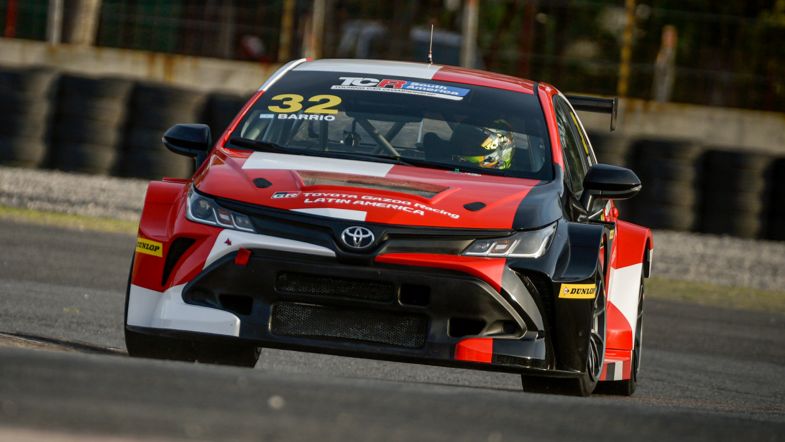 Jorge Barrio converted the maiden pole position for the Toyota Corolla TCR into the first victory for the car, heading the field from lights to flag at Buenos Aires.

Aldeu Feldmann (Cupra Leon Competición) could not take the start due to a mechanical issue, with José Manuel Sapag also experiencing problems with his Lynk & Co 03 TCR, although the Argentinian managed to make it to the grid.

Sapag opening the door for his team-mate Frabricio Pezzini to climb to fourth place on lap 12, with the Audi driver Montenegro taking advantage to also overtake Sapag for fifth position.

But soon Montenegro had to retire due to a technical issue with his Audi.

Barrio claimed the victory at the chequered flag with a margin of three seconds to Rosso and a massive 20 seconds to Urrutia who completed the podium.