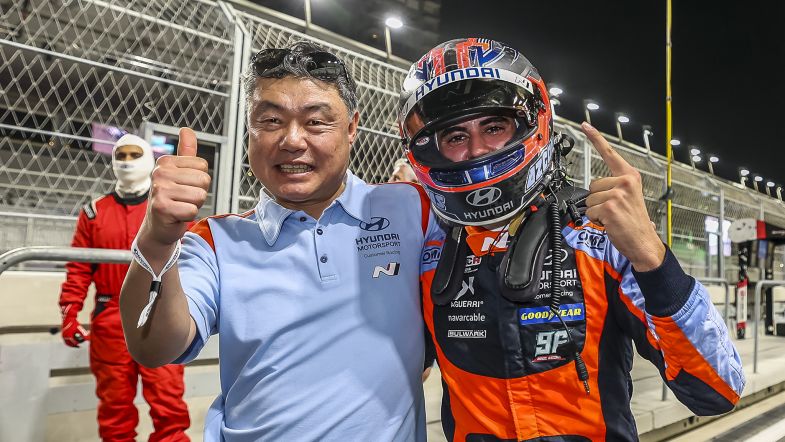 The WTCR has come to an end, with the TCR World Tour taking over from 2023. BRC Racing Team’s Mikel Azcona, the last champion of the WTCR era, is open to join the new championship.

“The truth is that we haven’t had much information about how the TCR World Tour will be like,” Azcona told TouringCarTimes, with Hyundai Motorsport yet to announce their intentions regarding the TCR World Tour.

“The format of the TCR World Tour looks interesting as drivers from various championships will be able to fight with us coming from the World Cup and I would be delighted to be there.

“If Hyundai Motorsport, at the end of this year or beginning of the next, decides to compete in this series, I’m sure I will be there.”

WSC, the TCR rights holders and promoters of the TCR World Tour, recently confirmed further details about the 2023 calendar for the new championship which includes races in Australia, a move welcomed by Azcona.

“For now, it’s looking very good, with the possibility of doing four races in Europe and then visiting other continents, with races in Australia and South America, and they are even talking about a finale in Macau,” said the Spaniard.

“In general, I think it comes closer to what the racing drivers, the teams and the fans of motorsport want, with races with a lot of cars, and the possibility of having 24-30 cars in an event and with real competition.

“We don’t want to see races with ten cars, we want lots of cars on the track and with a very competitive level.”