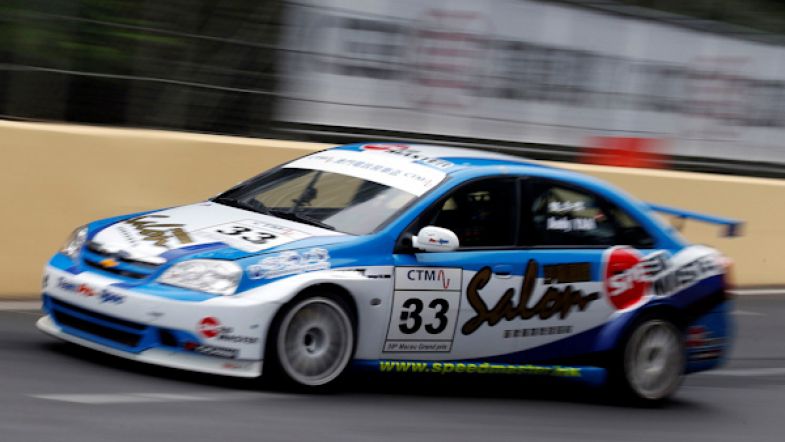 Fresh from being crowned as the China Touring Car champion for the second time last week at Shanghai, Andy Yan has claimed pole position for the Macau Touring Car Cup at the Guia circuit this weekend at the 60th running of the Macau Grand Prix.

As part of the 60th anniversary of the event, the weekend has been split into two, with a number of GT and saloon car events taking place this weekend, with the Macau Formula 3 race and FIA World Touring Car Championship finale on next weekend.

The session began late due to incidents which took place in the preceding qualifying session for the Lamborghini Super Trofeo Asia, which saw the session reduced to just 20 minutes.

Andy Yan set his pole position time of 2:38.549 early in the session in his Team Pro Spec Chevrolet Lacetti, and was over three seconds faster than the next closest car, the Son Veng Racing Team-run Honda Accord of Leong Ian Veng, the best placed Macanese driver.