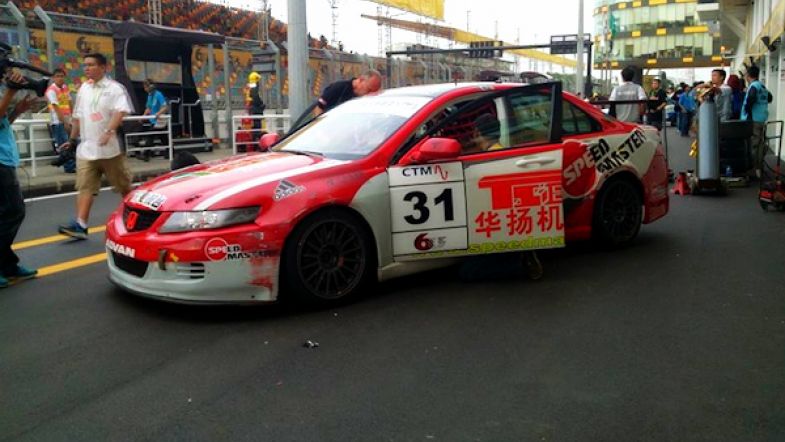 With rain hitting the Guia circuit on Sunday, the race started behind the safety car, before pulling in at the end of the second lap, marking the start of the race.

Lo Ko Chun’s Honda passed Tin Sritrai’s BMW for third straight away, while Chiang Jung Hao in the sister BMW spun at Fisherman’s Bend along with Helder da Rosa, both out of the race instantly.

Andy Yan led the race until lap four, before opting to pit for slick tyres. The Honda Accord of Leong Ian Veng then assumed the lead of the race all the way up to the ninth lap.

Sritrai span out on lap nine and into retirement at Dona Maria bend, while Kenneth Look took the lead of the race from Leong Ian Veng in the identical Honda Accord Euro-R.

The two fought hard for the position, coming together on lap 11 and handing the lead and effectively the win to Roger Leung.