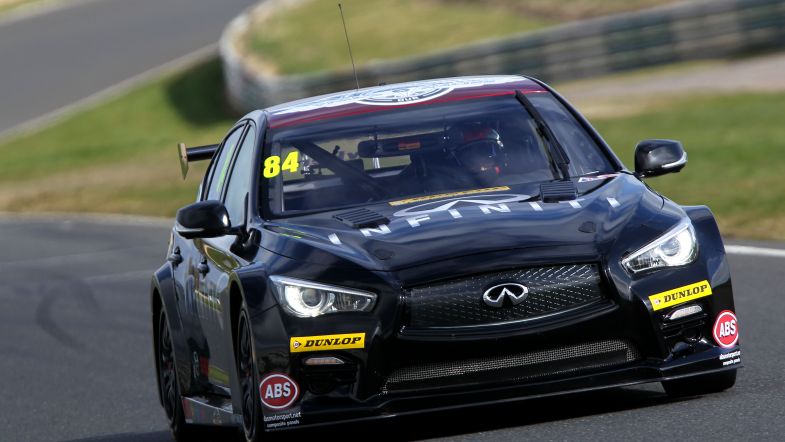 Infiniti down to one car for Brands Hatch

The Infiniti Support Our Paras Racing team has announced it will only be running one car at the BTCC season opener at Brands Hatch this weekend.

The team gave a track debut to its new Q50 at Mallory Park today, but said a “late, unexpected setback” means the second car will not feature in Kent.

The team has not yet decided whether Derek Palmer Jr or Richard Hawken will race.

“We experienced a late technical problem today which, after detailed analysis, has unfortunately resulted in the second car now not being in a position to race at Brands Hatch,” said team boss Derek Palmer Snr.

“Of course it’s disappointing, but this is exactly what test sessions such as today’s are intended to discover before we head into a race weekend. We can now take the necessary steps to ensure the same problem doesn’t materialise in the other car.”

The news means the grid for the season opener has dropped to 28 cars.