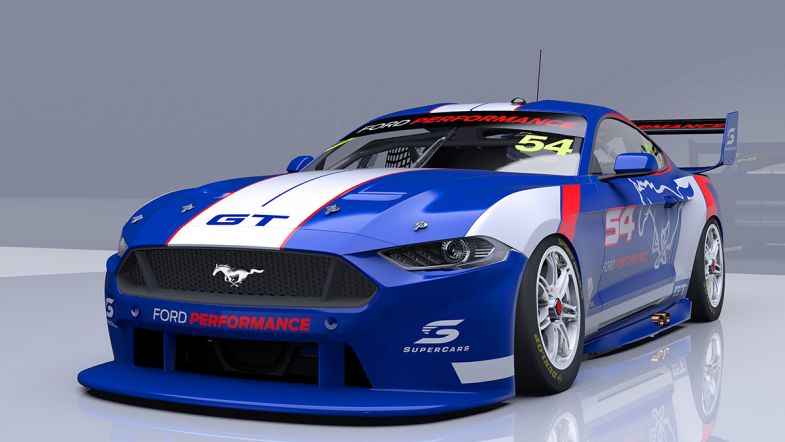 DJR Team Penske has started construction of a first Ford Mustang in Supercars specification in cooperation with Ford Performance in the US.

“The plan is that car will do the homologation testing and then become a spare for next season.”

The DJRTP 02 chassis of the team will be used for the first Mustang with further chassis to be built and converted from the existing Falcons for 2019.

“We’ll build one brand new car and convert one of the two current race cars for use in 2018. There’s no point building brand new cars for the sake of it. That’s the way we’ve been operating and we don’t see a reason to do anything differently,” said Story.

Tickford Racing is also in the process of constructing two Mustangs ahead of 2019.

“Our plan at the moment is to be re-skinning two cars and building two new cars,” said Tickford Racing team manager Tim Edwards to Supercars.com.

“We’ve got one new shell sitting there that has already been assembled, excluding the elements that intersect with the external surfaces, and there’s another underway on the jig.”

The Mustang will replace the current Falcon model that has been out of road car production since 2016.