Opinion: TCR’s compensation weight has got to go

The most recent round of the World Touring Car Cup was heavily focussed on the latest Balance of Performance (BoP) changes that affected Lynk & Co, and seemingly gave the Chinese marque a free pass at Zandvoort, but it’s not BoP, but the compensation weight system that’s the biggest problem in TCR at the moment.

First, let’s clear up the basics. “BoP” is often used by drivers to refer to each system, but they are two very different concepts.

There are in fact three “weight adjustment” systems used in modern touring car racing – some series actually use all three. Let’s clarify the confusion between them all first.

BoP – Balance of Performance – is exactly that. The purpose of it is to neutralise the difference between the behaviours of the various touring cars.

This never existed in the World Touring Car Championship, as manufacturers were free to develop the cars as they saw fit to within the technical regulations, which led the spiralling costs and the 1 million EUR + Citroën C-Elysee WTCC which conquered the world, and ultimately brought about the championship’s downfall.

The WTCC did have compensation weight though, and this was critical to keeping the championship “artificially” close.

Compensation weight was actually brought into to replace “success ballast”. Success ballast is the most ‘unfair’ in a sense of all the weight systems. Its sole purpose is to punish a driver for good results. If you win a race, score the most points, lead the championship etc., you carry ballast at the next round to slow you down, so that others can have a chance. It’s essentially a handicap, and is the go-to system for the British Touring Car Championship. It was the go-to system for the WTCC too in its early days, but when the six-car manufacturer programmes came in, drivers were swapping the success ballast between them, while the single manufacturer still won all the races, so then came the concept of compensation weight.

This system is designed to handicap models of cars, not drivers. With the Super 2000 TC2, TC2T and TC1 cars, this was a reasonable enough idea. The leading model would at least be brought back into range of the chasing pack – the SEATs, Chevrolets, Citroens etc. wouldn’t run away with all the races, and at least have their closest rival close on the tail, and at least in with the shot at the odd reversed grid victory.

In WTCR though, it’s not working – because it doesn’t work with BoP.

Why there is a need for BoP

TCR as a concept has one big problem, cars of very different capabilities all racing against each other. It could be the base model is more suited to racing – the Audi RS 3 LMS and Honda Civic Type R FK8 TCRs three-box shapes are all far more suited to racing than the boxy Hyundai i30 N TCR or Volkswagen Golf GTI TCRs, but that’s a very basic start.

The technology of the cars varies as well. The Volkswagen Group cars – the Cupra TCR, Volkswagen Golf, and the Audi – are all “first generation” TCR cars, very cost effective, low technology cars.

The Honda, Hyundai and Lynk & Co 03 TCR are all more modern TCR cars – the envelope has been pushed a little further with these. These have been designed from the ground up as racing cars, rather than modified cup cars turned into touring cars.

As such, they can handle better, be faster, have a few more widgets at their disposal in terms of set-up and starting the races – and so, they pick up a more aggressive BoP, since the core concept of TCR is to keep all cars matched and cost capped, so no one model has an advantage.

That leads to the Hyundai and the Lynk & Co having to run at lower boost levels, the Volkswagen Group cars able to run at a lower ride height, and a variation of base weights across the board in order to counteract the handling of the cars.

That all being well, the cars are meant to be level – and whichever one you as a race driver or team owner pay out for, shouldn’t make a difference. 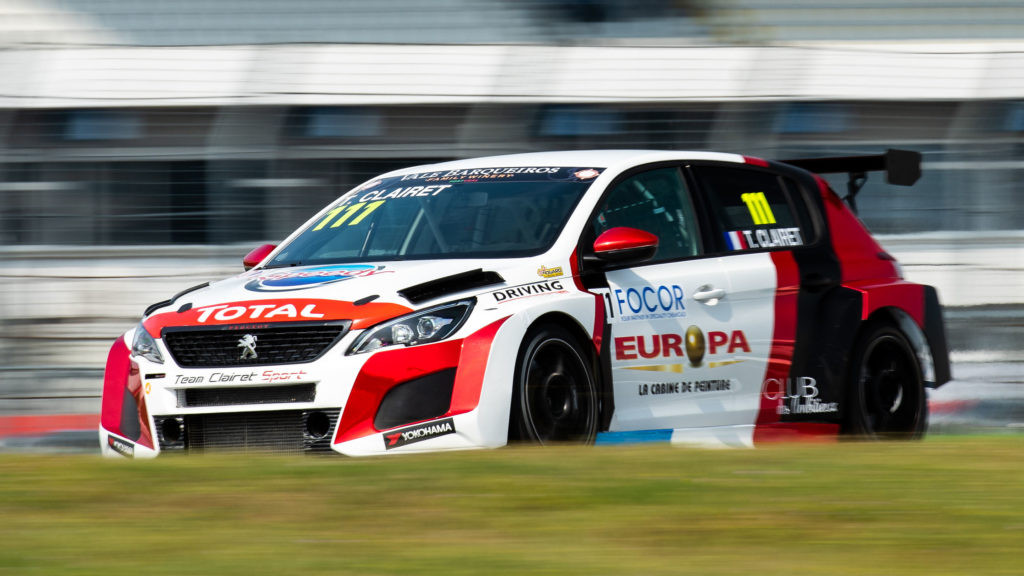 While it’s difficult to say that’s working perfectly yet, as younger models continue to be developed and need more regular adjustments to their BoP, such as the Peugeot 308TCR and the Lynk & Co 03 TCR, the principle is sound, and they’re certainly around about there.

Where it goes wrong is where you couple BoP and compensation weight together, which has happened since TCR and the WTCC joined up last year.

The trouble now is, compensation weight, which is calculated based on a car’s qualifying and race pace, is being heavily abused.

Perhaps slightly less so in the national series, where drivers are far more focussed on getting their individual best result possible – in WTCR, drivers are being made to work for their close-knit, focussed teams, and win the races at the slowest speed possible. You only have to look at Zandvoort to see this in practice; as the Lynk & Cos led the way in qualifying, only to somehow drop to the back of the fastest lap sheets on race day, as they attempted to counteract the compensation weight they would receive for their qualifying performance.

In the third race, early race leader Yann Ehrlacher’s “ideal” lap, all his best sectors put together, was a 1:47.481, and would have been the fastest of all the “ideal laps”, but his actual best time was six-tenths of a second slower, sixth overall.

In the first race, the Lynk & Cos controlled their pace even more, the best ideal time would have been Yvan Muller’s 1:47.947, only just slower than the Hyundai of Norbert Michelisz and the Audi of Frédéric Vervisch, with Vervisch actually setting the fastest lap of the race.

The best of the Cyan Racing team in Race 1 however was Andy Priaulx, who managed his sectors down to set the 15th fastest time – BRC Hyundai driver Michelisz did an even better job to control his lap time – not forgetting the Hungarian pitted early with a tyre problem and came in for a new set, and therefore had a completely clear track ahead of him.

Despite putting together the best ideal lap time when you string all his sectors together, his actual best lap, which would be used for the purposes of compensation weight calculation (or rather won’t be, as it was too slow), was a 1:49.437 – a whole two seconds off the pace.

So, with the exception of Volkswagen and Honda, and perhaps Alfa Romeo who were struggling with their own increase in compensation weight after their Slovakia successes, it’s clear the drivers of all other models were being cautious with their lap times. 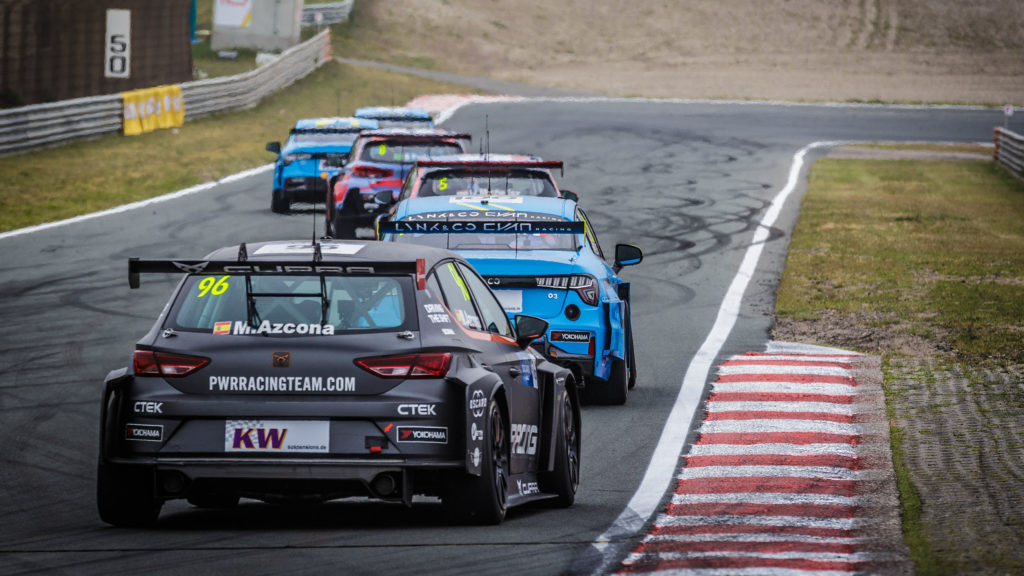 Driving to a time is not an unknown expression in touring cars now, with all drivers able to watch their own sector times and back off as needed to ensure the best result for the team, in terms of weight for the next event.

It’s the four-car limit itself which is a key factor, with almost all teams essentially being run by one group entity in 2019 – so all four cars are effectively team-mates working together, whether it’s the four Cyan Racing Lynk & Co drivers, the four BRC Hyundai drivers, the four Sébastien Loeb Racing Volkswagens – or the coordinated efforts amongst the closely linked PWR Racing, Comtoyou Racing and WRT teams which compete with the Cupras and Audis.

They’re all driving to win the races at the slowest possible speed. And when you’re already racing at a selection of circuits where passing as at its best a challenge, let alone perhaps an improbability – taking away the drivers’ opportunity to go fast is against the very spirit of racing.

If the BoP is right – there’s no need for compensation weight, so it should be done away with. The only purpose it serves otherwise is to randomise the results a little bit – which was never the intention for which it was introduced in the first place.

BoP + compensation weight don’t belong together – they need a divorce; BoP should be all that’s used and all the focus should be on getting this formula absolutely right, and not confusing things by having compensation weight mess around with the results so it’s even harder to see which car is where relative to the others.