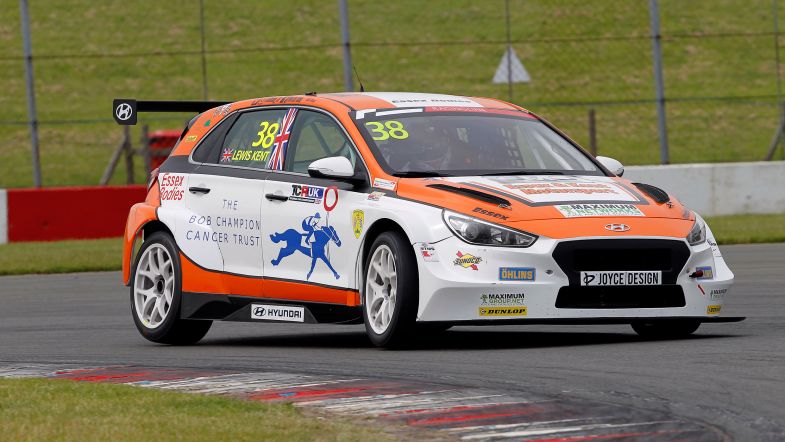 Lewis Kent claimed his first Touring Car Trophy victory with a commanding performance in the opening race of the weekend at Croft.

The Essex Kent Hyundai i30 N TCR driver eased to a lights-to-flag win to make amends for his late-race heartache at Donington Park last time out.

Pole sitter Kent led comfortably into Clervaux for the first time as Alex Day leapt from fifth on the grid to run second.

Turkington held third in the early laps, surviving an assault from the Teamwork Huff Volkswagen of Sunny Wong at Sunny In.

Wong’s race did not last much longer as his Volkswagen Golf GTI TCR ground to a halt on the exit of Sunny Out on the fourth lap.

Out front, Kent continued to extend his margin over Day, who began to fall into the clutches of Turkington for second.

Turkington made a late-braking move on Day at Tower to snatch second from the Audi driver, and the resulting side-by-side action between them allowed Henry Neal to grab third at the Jim Clark Esses.

Neal then began to challenge the back of Turkington with just under ten minutes of the race remaining, with the Honda driver eventually getting past at the Esses after getting better traction out of Tower.

Kent was untroubled in the lead and duly took victory from Neal by a margin of 8.876 seconds at the end.