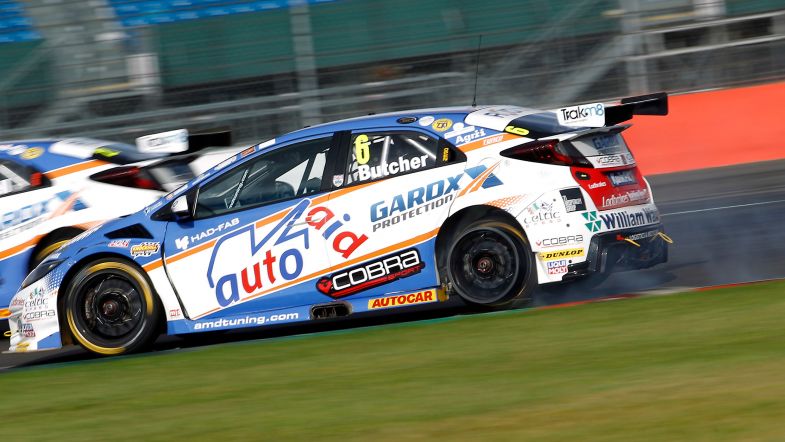 Cobra Sport AmD team boss Shaun Hollamby has vowed that the British Touring Car Championship season finale at Brands Hatch will be “elbows out time” for the Honda squad as it looks to secure three championship titles.

Although Rory Butcher saw his chances of the overall title come to an end at Silverstone, the Scot remains in contention for both the Independents’ championship and the Jack Sears Trophy with three races left to run.

In the Independent Teams’ standings however, Cobra Sport AmD sits four points clear of BTC Racing, and could yet overhaul its fellow Honda team for third in the overall standings with a strong haul of points in the season finale.

With that in mind, Hollamby said he remained confident of a strong end to the campaign and said that both Butcher and team-mate Mike Bushell would work with the Trade Price Cars Racing Audis that are also run out of the AmD garage to try and wrap up some championship silverware.

“It’s a shame for Rory that he is now out of the overall title fight but there are still three championships to fight for when we go to Brands Hatch and we remain confident of pushing for them,” he said.

“We know now that we only have to consider the BTC Racing Hondas when it comes to the two Independent titles and that it’s Rory against Tom Oliphant for the Jack Sears Trophy, so those are the people who we need to focus on when we get to the season finale.

“We will be working together with the Trade Price Cars Audis to get as many points as possible over them. It’s elbows out time!”