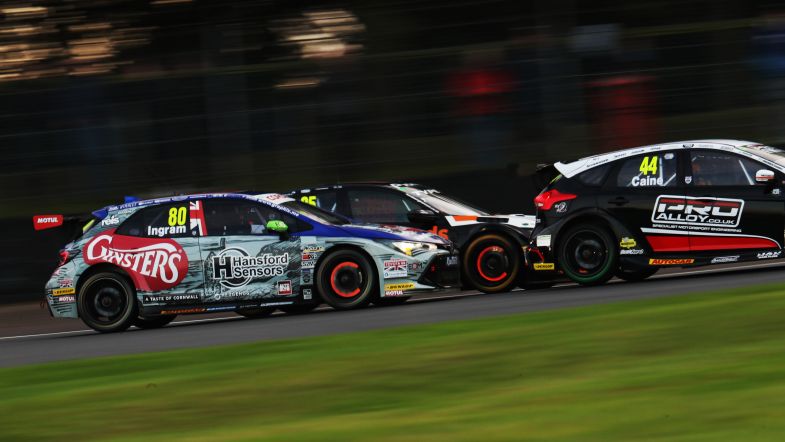 Speedworks team boss Christian Dick has revealed it is unlikely that the Toyota-backed team will expand to run a second car for the 2020 British Touring Car Championship season.

Having secured manufacturer support for the first time from Toyota GB, the Cheshire-based outfit switched to the all-new Corolla this year, with Tom Ingram securing four wins en-route to a top six championship finish.

With the possibility that a TOCA BTCC Licence required to run a second car could become available now the season is at an end, speculation has been rife about a potentially expanded Toyota programme for next year.

However, whilst not ruling it out completely, Dick said it was unlikely that a second car would join the grid next year given there are currently no firm plans in place.

“The plan right now is to do nothing drastically different,” he told TouringCarTimes. “Would we look at running two cars? Of course we would, but it would all come down to funding.

“To do it without the right level of funding in place wouldn’t help us in the championship. If anything it would hinder us, as without the correct funding we wouldn’t be able to do the job properly.

“Expanding to run more cars is something that you have to do correctly when the time is right, and with the time of year we are now at and the fact that there are no plans in place, I don’t really think it will happen for next year.”

Reflecting on the first season with the new car, Dick added that he was delighted in the way that the team had performed to retain an outside chance of the title heading to Brands Hatch for the season finale.

“We’ve had four wins in year one for the Corolla and to have a chance of the title in the final round is remarkable for a one car outfit with a new model,” he said. “That is testament to the skill and dedication of the guys and girls in the team.

“There are times that the car has left us scratching our heads but the people here like a challenge. It has been hard work understanding it and working out what we needed to do at times, whereas the Avensis was like a comfy old pair of slippers and we knew what she needed before she gave us the warning signs. We’ve been kept on our toes but its plain to see that we are getting more comfy with the new slippers.

“This has been a coming of age for us as a team. In previous years we came closer to the overall crown and won the Indy titles, but to then start with a manufacturer-backed programme and a car they are trying to promote – and to perform as we have done – has been sensational.”