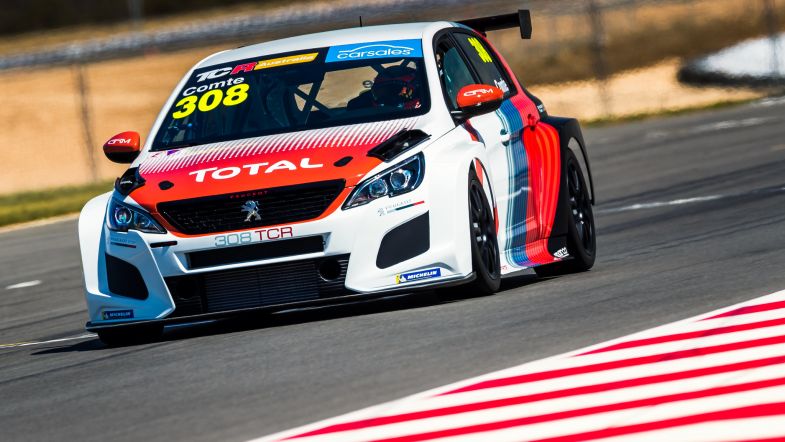 DG Sport’s Peugeot 308TCR will make its debut in the TCR Australia series during the final two races of the season at The Bend after the team was able to solve electrical gremlins that had forced the car to miss Saturday’s track action.

The French machine had been left sitting in the garage for both qualifying and race one due to an issue with an electrical loom, which had also prevented Aurélien Comte from turning laps in Friday practice.

In an effort to get the Peugeot out on track, the team flew in new parts from France, which arrived in Adelaide on Saturday night before being taken direct to the Tailem Bend circuit to be fitted to the car.

Following a brief shakedown on Sunday morning, where the new power box and electrical loom worked without issue, Comte will line up at the back of the field for races two and three.

It means a 19 car field for the final two races of the season after Chelsea Angelo and Liam McAdam were ruled out following their accident in race one, with Dylan O’Keeffe set to join Comte on the grid after missing race one due to power steering issues with his Alfa Romeo.

Chris Pither’s Renault starts behind both Comte and O’Keeffe on the grid after an engine change.