We have reached the final part of the 13th annual TouringCarTimes’ staff rundown of the top 30 touring car drivers in the world from the 2019 season. Over the past week, we have gone through the drivers we think are the best from the BTCC, DTM, Supercars, TCR and WTCR championships and here are the final ten. 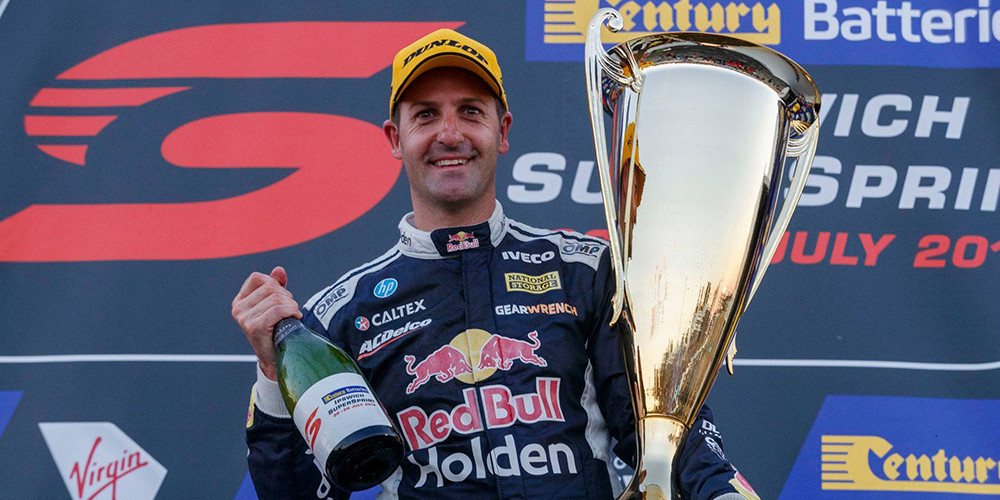 No matter how much you try; you can’t keep the seven-time series champion down. Though it took Whincup until Race 19 to finally break through for his first win of the year, a strong back end to the season, thanks to a little help from Craig Lowndes in the Enduro Cup, meant that he recorded five wins over the course of the year. Taking two wins with Lowndes, the dream team combination won the Enduro Cup, cementing his status as the benchmark operators in the long races. With four world touring car titles to his tally, Yvan Muller is not an easy opponent to outplay – and the experienced Frenchman showed that once again in 2019. Muller didn’t win until Ningbo, the seventh round of the season in mid-September, but to compensate he won twice at the Chinese venue and set up an excellent late-season run that also netted him double race wins on the demanding streets of Macau.

Muller ended the season third in the standings, leading the way among Lynk & Co Cyan Racing’s star-studded quartet of drivers that included fellow ex-champions Thed Björk and Andy Priaulx (as well as nephew Yann Ehrlacher). A strong reminder from Muller that he very much remains one of the world’s top touring car drivers. 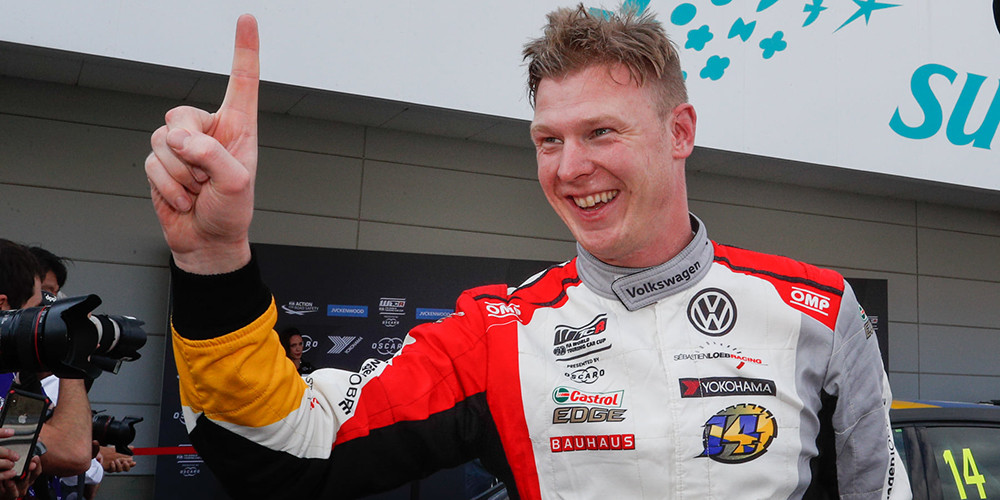 Top rookie Johan Kristoffersson was the revelation of the WTCR season, racking up three race wins in the off-pace Volkswagen Golf GTI TCR to end the year fifth overall. The two-time world rallycross and STCC champion was massively impressive in his maiden campaign at the highest level of touring car racing, with series boss Francois Ribeiro even going on the record to label the Swede “a future world champion.”

His first WTCR victory may have come in a reverse-grid race, but it did so at the Nürburgring Nordschleife, a track where faster cars would have had plenty of opportunity to pass. When the lanky “JK” then qualified on pole and drove to an assertive Race 3 victory at Suzuka, the message was clear, and a Q3 appearance on his first-ever visit to the unique Macau street track went on to underpin Kristoffersson’s extraordinary adaptation skills.

His best drive of the year came in the Sepang finale, however. Keeping his calm in battle with title duelists Michelisz and Guerrieri, and fellow rookie Mikel Azcona, he trumped them all to score a shocking win from 21st (!) on the grid in the final race of the season. The fact that Kristoffersson had finished third in the preceding Race 2, from 22nd on the grid, was almost equally as impressive.

Kristoffersson’s performance is best judged not by looking at his own achievements in isolation, but by placing them in a wider context. In his first year in the series, Kristoffersson emerged as comfortably the top VW driver – winning three times while Sébastien Loeb Racing team-mate and 2012 world champion Rob Huff failed to reach the top step of the podium even once.

It is a major shame that Kristoffersson currently looks unlikely to build on his WTCR career in 2020, with his strong ties to departing Volkswagen looking set to lead him out of the series after just one year. For Andrew Jordan to finish just two points away from top spot in the BTCC despite his disaster at Donington Park was a remarkable achievement and he ended the year with the best points per race record of any driver as a result.

From the moment he got behind the wheel of the new BMW 3 Series, Jordan was right on the pace and he fought back well from Donington with double wins at Thruxton and Croft to haul himself firmly into title contention.

This was Jordan’s best season since he won the title back in 2013 and he’ll hope to try and secure a second crown in 2020 now his place on the grid has been secured. Given his form this year, he’ll certainly be a contender. 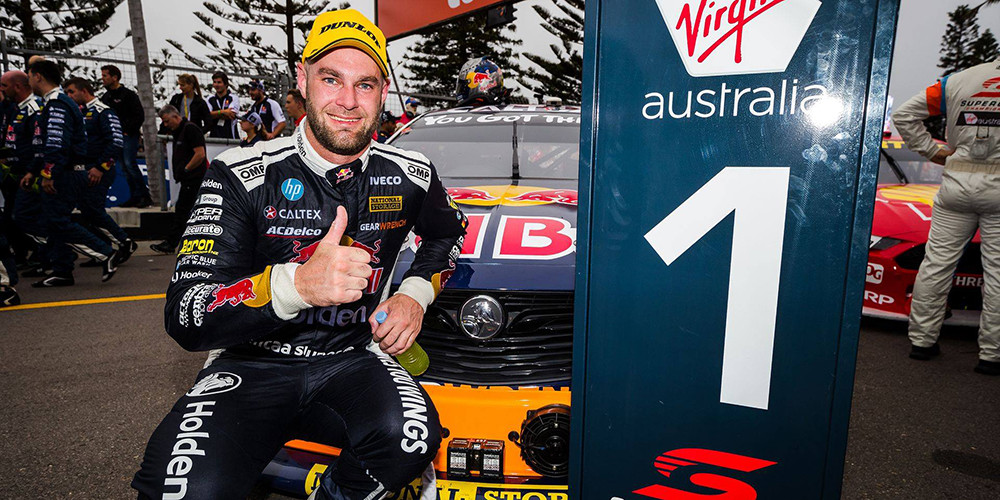 Though a second title still eludes the 2016 champion, he proved in 2019 that he won’t go down without a fight and that being backed into a corner can bring out his best results. To take five victories when it looked like he and his team would struggle to remain in the top five for a majority of the season, van Gisbergen proved his worth as one of the best drivers in the category. With the best and fairest award also coming to the Kiwi, he has shown a new level of maturity, finally coming out of his shell this year. Rast scored his second title in just three full seasons in the series. Some may think he had it easy this year as he was able to secure the crown ahead of the season finale, but both Rast and Audi had to overcome issues with the new engine and tyre management in the early stages of the season to keep up with their rivals. Seven victories, outstanding qualifying performance and 14 top three results in 18 races made Rast the undisputed dominator of the 2019 DTM season.

The 2019 champion was not the fastest out of the blocks, but gradually began piecing together his World Touring Car Cup title assault. He scored a crucial first victory of the season at the Nürburgring Nordschleife and was the most consistent driver during the second half of the season, adding further wins at Vila Real, Ningbo, Suzuka and at the thrilling Sepang finale.

Michelisz’s BRC Hyundai squad did find themselves at the centre of controversy this year, however, deploying some debatable team tactics – culminating in Nicky Catsburg picking up the first-ever WTCR race ban at the finale in Malaysia after running into Yvan Muller.

At the same time, Michelisz did well not to crack under the increased pressure caused by the accusations, and delivered a dominant performance in the dry when things really heated up at Sepang. A worthy first-time champion who finally clinched the title after his crushing WTCC near-miss in 2017. Although he ultimately missed out on the title, there is a valid case for declaring Guerrieri the class of the WTCR field this year. His early-season form was exceptional, and the Argentinian Honda star drove superbly throughout 2019.

He converted pole into victory in the first race of the campaign in Marrakesh, won again at Zandvoort and Suzuka, and produced a furious first-lap charge in the wet as he stormed to Race 2 reverse-grid victory at the Sepang finale – nearly upstaging Norbert Michelisz’s championship ambitions. Unlike his Hyundai title rival, Guerrieri was not able to rely on his team-mates coming to his support for much of the season, but he still very nearly came out on top.

If not for an unfortunate tag from Mikel Azcona in the decisive race of the season-finale, the title could well have landed in Guerrieri and Münnich Motorsport’s camp, and his gracious conduct in defeat to Michelisz only adds to the sense of quality of a standout performer. What word other than “dominating” can be used to describe McLaughlin’s title defence in 2019? Across 32 races and 30 starts, he took 18 wins, 14 pole positions, the first ever Darwin Triple Crown win, a Bathurst 1000 victory and the championship with a round still yet to run.

By setting a new benchmark for victories in a season, McLaughlin’s 2019 will be known as one of the greatest assaults in Supercars history. Colin Turkington only won the 2019 BTCC by the smallest of margins – beating Andrew Jordan and Dan Cammish by just two points. And it is the fact that the title fight was so closely fought between the three that ensured that Turkington emerges on this list on top.

There was no chance for Turkington to relax at all over the course of the season – particularly as he was carrying more weight on his car compared to his rivals for a big chunk of the campaign. Despite that, the WSR driver kept picking up the points, and also made light of the additional ballast to take the best qualifying average of the year – no small feat in such a competitive field.

Although there was a huge dose of luck involved right at the death thanks to Cammish’s issues on the penultimate lap of Round 30, Turkington was a worthy champion as he moved level with Andy Rouse on four title wins.

Turkington picks up his second TouringCarTimes driver of the year award, scoring his first in 2009.