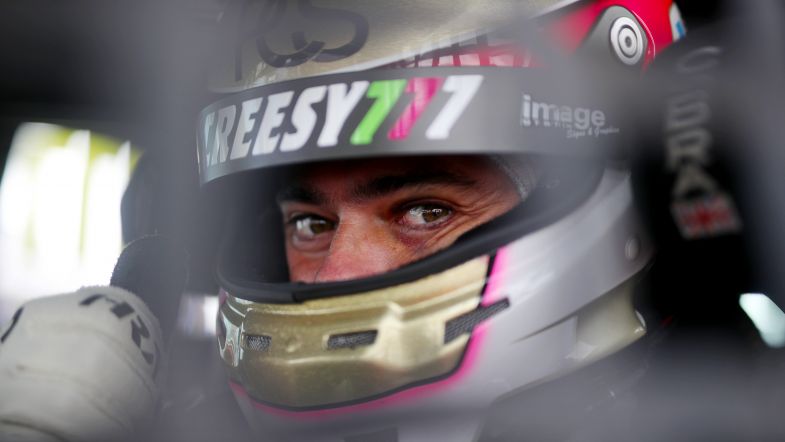 Michael Crees says he is delighted to have secured “a hell of a drive” after being named as the third driver in BTC Racing’s expanded line-up for the 2020 BTCC season.

Crees, who will be contesting only his fourth season of racing, will join Josh Cook and Tom Chilton at the wheel of an FK8 Honda Civic Type R having made the switch from Team HARD, where he secured a pair of points-scoring finishes – including a ninth place at Silverstone – during his rookie the season.

The 36-year-old had appeared in danger of losing his place on the grid, having made no secret of his situation in a number of social media posts in recent weeks.

However, the former Ginetta Supercup racer will now aim to benefit from running alongside two race-winning team-mates to move up the order during the year ahead and become a regular contender for points.

“I couldn’t believe I was even on the BTCC grid last year to be fair; it was a dream come true!” he said. “My goal all along was to finish the year as the top rookie, and I achieved that. Getting P12 in my first ever BTCC race was incredible, and then following up with a P9 at Silverstone and making it into the top ten in my first year of touring car racing was really special.

“I’ve been working non-stop to secure a strong budget to be able to secure a deal this year. A week ago it didn’t look like I’d even have a drive. To go from no seat at all, to signing for a front-running team in only my fourth season of racing is amazing.

“I still have a huge amount to learn and to develop my race-craft. Steve [Dudman] and Bert [Taylor] have taken a calculated risk on me, and we’re going to make it work. Last year was a great stepping stone, but coming into the FK8 is going to be a hell of a drive.

“I’m not going to put myself under too much pressure. Josh [Cook] and Tom [Chilton] are seasoned pros. I rate Josh highly and Tom is a fantastic driver who’s been around for a long time. I’m just going to be like a sponge and take in as much as I possibly can from them both.”

The signing of Crees means that Chris Smiley, part of the BTC line-up for the past three seasons, will need to look elsewhere if he is to remain on the grid for 2020.