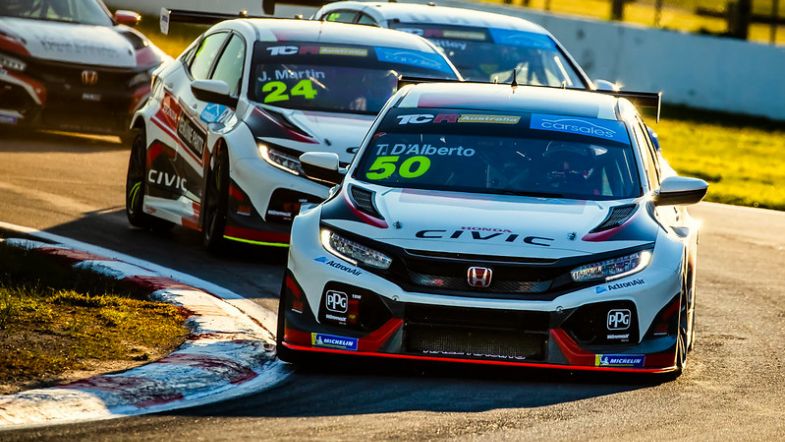 “It’s great to have our three drivers for the season locked in and ready to go,” said team owner David Wall.

“We felt we had a successful first season. We started with two cars, we now have three in the team full-time and we also supply parts and support from the two private Honda teams (Zac Soutar and Michael Clemente).

“It is obviously our aim to win the title this year. We finished second in 2019, and the competition is stepping up, but it’s great that two of our drivers have been retained. We know both Tony and John are capable of getting the job done.”

D’Alberto was confirmed yesterday to continue for the team and Martin raced for the team last year as well, finishing eighth overall with one victory.

“It’s great to be back with Wall Racing and in the Honda for this season,” said Martin.

”We had some success last year, and some bad luck, and if we can eliminate the bad stuff, then we should be in a good position.

“If you look at our speed last year, we realistically should be in the top five and challenging for the title. The team wants that and the cars are fast and very capable of that. If we minimise some of the mistakes and misfortune, then there’s no reason why we won’t be contending.”

The 41-year-old Ip raced in various TCR series last year, including selected races in TCR Japan for his own team KCMG and TCR Europe for Brutal Fish Racing Team.