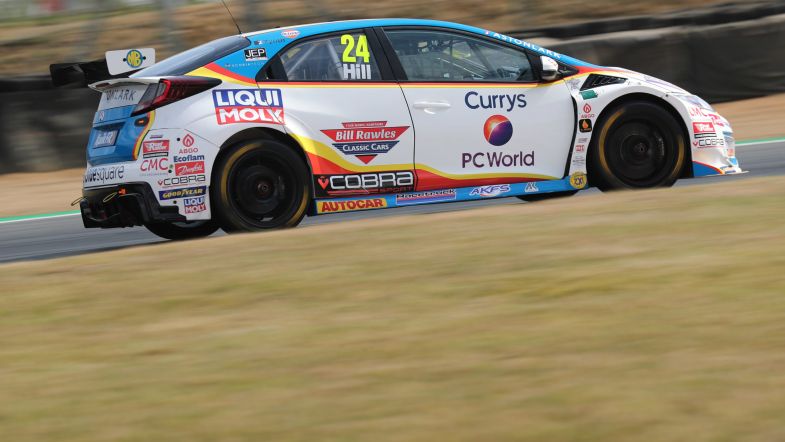 Jake Hill remained the man to beat in second practice ahead of the second round of the BTCC season at Brands Hatch.

The MB Motorsport man made the most of the lack of ballast on his MB Motorsport Honda Civic to lower his benchmark time to 1:31.255s which was enough to see him end up nearly half a second clear of anyone else.

Dan Cammish was a solid second in the first of the FK8 Hondas despite the additional weight on his car, lapping just 0.009s quicker than the Hyundai of Senna Proctor as the EXCELR8 man continued to impress after a solid run in first practice.

Adam Morgan was another driver who was able to build on a strong opening session in the Ciceley Mercedes as he slotted into fourth just ahead of Rory Butcher’s Ford. Butcher had topped the times mid-way through the session but then suffered a front left tyre failure that resulted in a trip across the gravel at the final corner, with his car then being recovered to the pits.

Elsewhere, James Gornall was an impressive eleventh in his Audi but there was disappointment for Ash Sutton who found himself down in 22nd place after a water leak on the Infiniti.