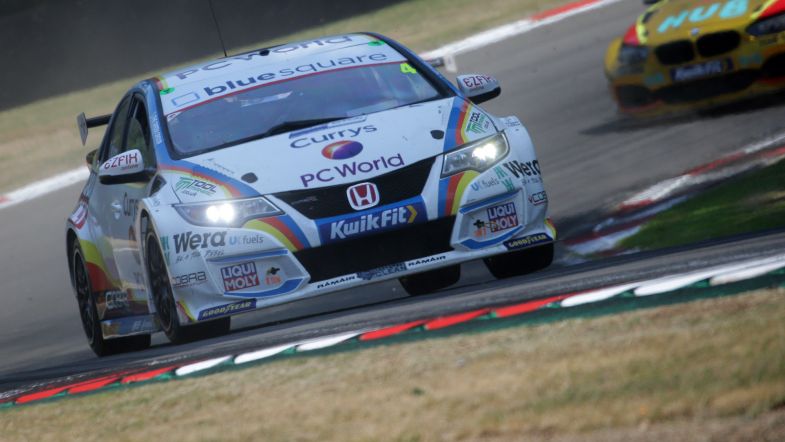 Sam Osborne admitted he was pleased to score a second top ten of the BTCC season at Brands Hatch having battled back from being under the weather in the run up to the event.

Osborne qualified in 16th place for the opening race of the weekend but race day would start in disappointing fashion when he was forced off track in the opening race and dropped off the lead lap having required an unscheduled pit stop.

However, he would fight his way through the field well in race two to run inside the points until the closing stages when he was forced to back off due to overheating issues – dropping down to 16th at the flag as a result.

Avoid the chaotic scenes at Druids on lap one that saw Jack Goff and Tom Ingram come together ahead, Osborne produced another strong drive in race three to secure tenth place and his second points finish of the season – meaning he has now doubled his points finishes compared to 2019, when he picked up a sole 15 place in EXCELR8’s MG6.

“I’m pleased to end the weekend with a top ten and if you’d offered me that earlier on in the week, then I’d have bitten your hand off,” he said. “We played the long game after a difficult start and it paid off in that final race. It was a bit chaotic with a lot of things happening on track but I was rewarded in the end and it’s great to have scored points in both rounds so far, even if we could have picked up even more.

“Last year, I only just managed to scrape a top 15 finish and that was in a race where everything fell in my favour, so it’s great that I’ve picked up two top ten finishes already this season.”