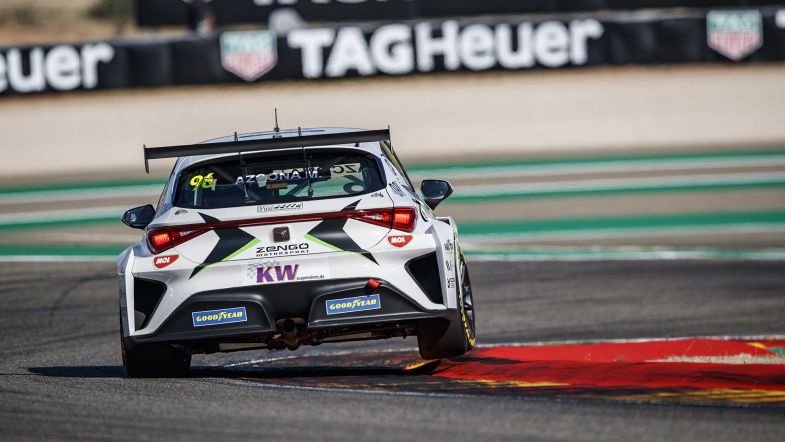 Mikel Azcona and Yann Ehrlacher have had lap times reinstated after qualifying for the World Touring Car Cup races at MotorLand Aragón.

The Lynk & Co driver initially had two of his Q1 lap times deleted for exceeding track limits, but the race director has reinstated the laps after “incorrect reports from the track marshals”.

The decision elevates him from 18th to 13th for the races, bar the first race where he will start from the back of the grid due to an engine change.

Zengo Motorsport driver Azcona also had a lap time reinstated in Q1, elevating him one place past Thed Björk from sixth to fifth position.

The changes of the Q2 results means that Azcona takes over the Race 2 reversed grid pole position from his team-mate Boldisz.