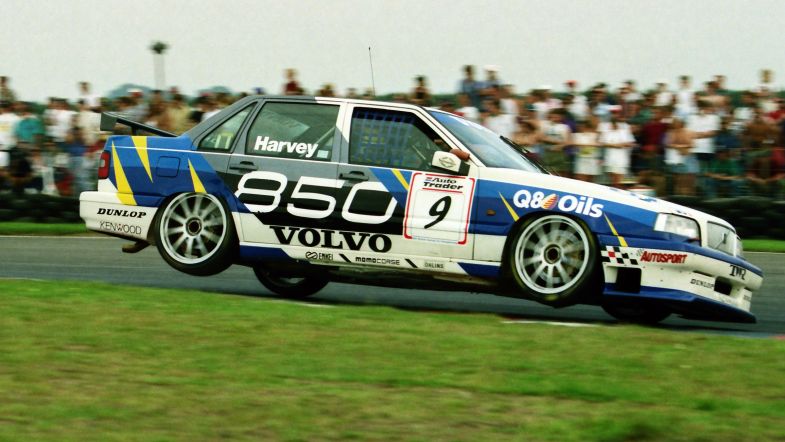 Volvo has had a reluctant but successful relationship with racing since its first official entry into the sport with the iconic Volvo 240 Turbo during the 1980s.

The longest run in motorsport was the six-year BTCC programme during the Super Touring era, whilst other programmes have lasted shorter periods of time, and have often had some kind of controversy as they came to an end.

In total, the Swedish manufacturer has had four true factory programmes with six different models:

While Volvo has been in and out of various championships, it has claimed a title in all but one programme and ended on top with the 2017 world title, before ceasing its motorsport operations for, what appears to be, good at the end of that title winning season.

Let’s start from the beginning: While Volvo models were present in touring car racing prior to the 240 Turbo in privateer hands, this model marked the first official racing factory programme for the Swedish brand.

And the programme was instantly successful, with the driver pairing of Thomas Lindström and Gianfranco Brancatelli claiming the 1985 ETCC title, beating main title rivals (and future partners) Tom Walkinshaw Racing and the mighty Rover Vitesse V8.

There was also German success in 1985, with independent team IPS Motorsport and driver Per Sturesson claiming the DTM title with a 240.

The Volvo 240 Turbo, featuring a 380-hp 2.1 litre turbo engine, was nicknamed ‘The Flying Brick’ and continued to rack up success during the mid and late eighties.

Volvo switched teams for 1986 to RAS Sport of Belgium. That year featured controversy with Volvo being disqualified from one of the races for an illegal fuel tank and dashboard.

The Swedish manufacturer subsequently pulled the plug on the programme after the 86 season. Eight years after the successful, but short, ETCC factory programme came Volvo’s most successful motorsport programme in terms of PR – the Volvo 850 Estate in the British Touring Car Championship.

The rumour mill had gone crazy during the 1994 pre-season after Volvo had shown both a sedan and estate drawing of the race car earlier during the year. However, plenty of eyebrows were raised when they actually showed up with the estate for pre-season testing and the season launch.

The estate version of the 850 showed promise, with Rydell putting it third on the grid for the Snetterton race weekend – although he then failed to take the start due to a technical issue. The car never reached the podium in the races, with both Rydell and Lammers finishing fifth at best.

Success came however with the sedan version that was introduced for the 1995 season, with Rydell claiming a record-breaking 13 pole positions that year as he finished third overall. The Swede would win four times, with new team-mate Tim Harvey taking two victories.

The 850 continued into 1996 with Rydell and Kelvin Burt both taking to the top step of the podium but the car failed to claim a title, and testing of the smaller and more nimble S40 model began at the end of the season. Volvo’s big success came with the Volvo S40 model, running the same powerful five-cylinder engine as the 850 but in a smaller and more aerodynamic shape.

Having been introduced the previous year, Rickard Rydell fought hard during the 1998 season to claim the British Touring Car Championship title after a season-long fight with Nissan’s Anthony Reid.

The 1998 season was crowned by a spectacular win in the Bathurst 1000 endurance race; Rydell claiming the honours with Australian racing legend Jim Richards after a stunning run to pole position.

The S40 was run in the BTCC for three seasons, with Volvo pulling the plug after the 1999 season.

The S40 would continue to race in Sweden with a Swedish Touring Car Championship programme being run by Flash Engineering, which would run the S40 until 2002. After another hiatus, this time of three years, Volvo was back for the 2002 season with an official factory programme in the resurrected European Touring Car Championship, which featured the new FIA S2000 regulations.

Volvo had hired Prodrive Racing for construction of the car and to then run the ETCC entry, but it was soon clear that the programme was vastly underfunded compared to those of main rivals Alfa Romeo and BMW.

Rydell scored eight podium finishes but failed to step on top of the podium, while team-mate James Hanson managed to score points on only four occassions. As a result, Volvo pulled the plug on the programme after just one season.

Two S60s were present the following year with the Italian privateer team ART Engineering, but with even less competitive results; Rydell managing two podium finishes but Sandro Sardelli only once breaking into the top ten.

Operations continued in the STCC however, with Flash Engineering (later renamed Polestar Racing) taking over development of the car as Volvo’s official motorsport arm.

The best result came in 2007, when Robert Dahlgren finished second overall in a bio-ethanol powered S60. After a first season that saw a mix of technical issues followed by success towards the end of the season, a first title was secured by Tommy Rustad after a controversial fight with BMW rival – and soon to be Volvo driver – Thed Björk.

The car was not only limited to the STCC, with Polestar Racing entering a full World Touring Car Championship season in 2011 with a single C30 for Robert Dahlgren.

The team started the season with the naturally aspirated five-cylinder engine, which impressively enough had been used in various versions since 1994, before switching to an all-new four-cylinder turbo charged engine mid-season.

The plug was pulled on the programme after a single season due to internal restructuring within Volvo after Ford took the decision to sell the brand to Geely.

Before that decision was taken, the programme had been due to expand, with a multi-car entry planned for 2012 running the new V40. Another five years went by until the next official programme was started, with Volvo entering the second generation S60 model for the 2016 World Touring Car Championship season under the TC1 regulations with Cyan Racing.

The car featured a 420-hp four-cylinder Volvo engine and with a weight of just 1100 kilos, it was the fastest-ever Volvo race car.

The car was largely uncompetitive during its first season, but a major development push and a team restructure ahead of 2017 saw success as Thed Björk was able to claim his and Volvo’s first-ever world title.

But yet again, the programme came to an early end.

Dwindling manufacturer interest and soaring costs (yet again) saw the TC1 regulations abandoned after the 2017 season, with Volvo pulling the plug on the WTCC programme and its motorsport operations in total.

Geely, which bought Volvo Cars in 2010, moved the motorsport operations to another brand within its group – Lynk & Co, but that’s another story.

There has been other Volvo touring car programmes that have had varying degrees of national dealer support throughout the years – some of which used silhouette cars rather than actual Volvo models. 2014 saw the much anticipated entry of Volvo Cars Australia into the V8 Supercars with the S60 model built onto the New Generation V8 Supercar chassis being entered by Garry Rogers Motorsport.

Future champion Scott McLaughlin made an unforgettable debut for the team in Adelaide, beating reigning champion Jamie Whincup to second place on the last lap.

2016 was the best season for GRM and McLaughlin, finishing third overall behind the Triple Eight Holden duo of Shane van Gisbergen and Whincup.

The three-year programme between Volvo Cars Australia and GRM did not get an extension and the Swedish cars were out of the championship following the 2016 season. 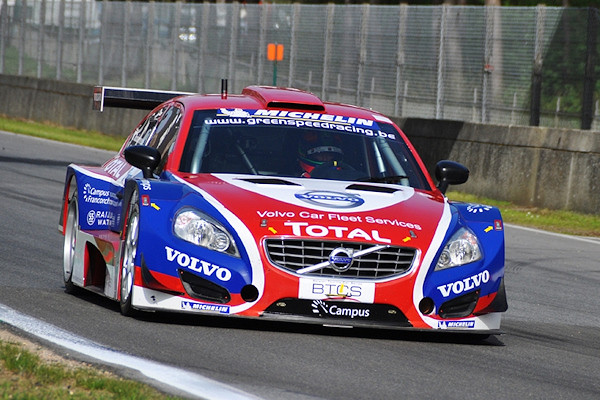 A slightly modified version of the Solution-F silhouette based S60 was also run in the TTA/STCC by Polestar Racing from 2012 to 2016. It would be a successful run, with the team claiming five consecutive titles with drivers Fredrik Ekblom, Thed Björk and Richard Göransson. 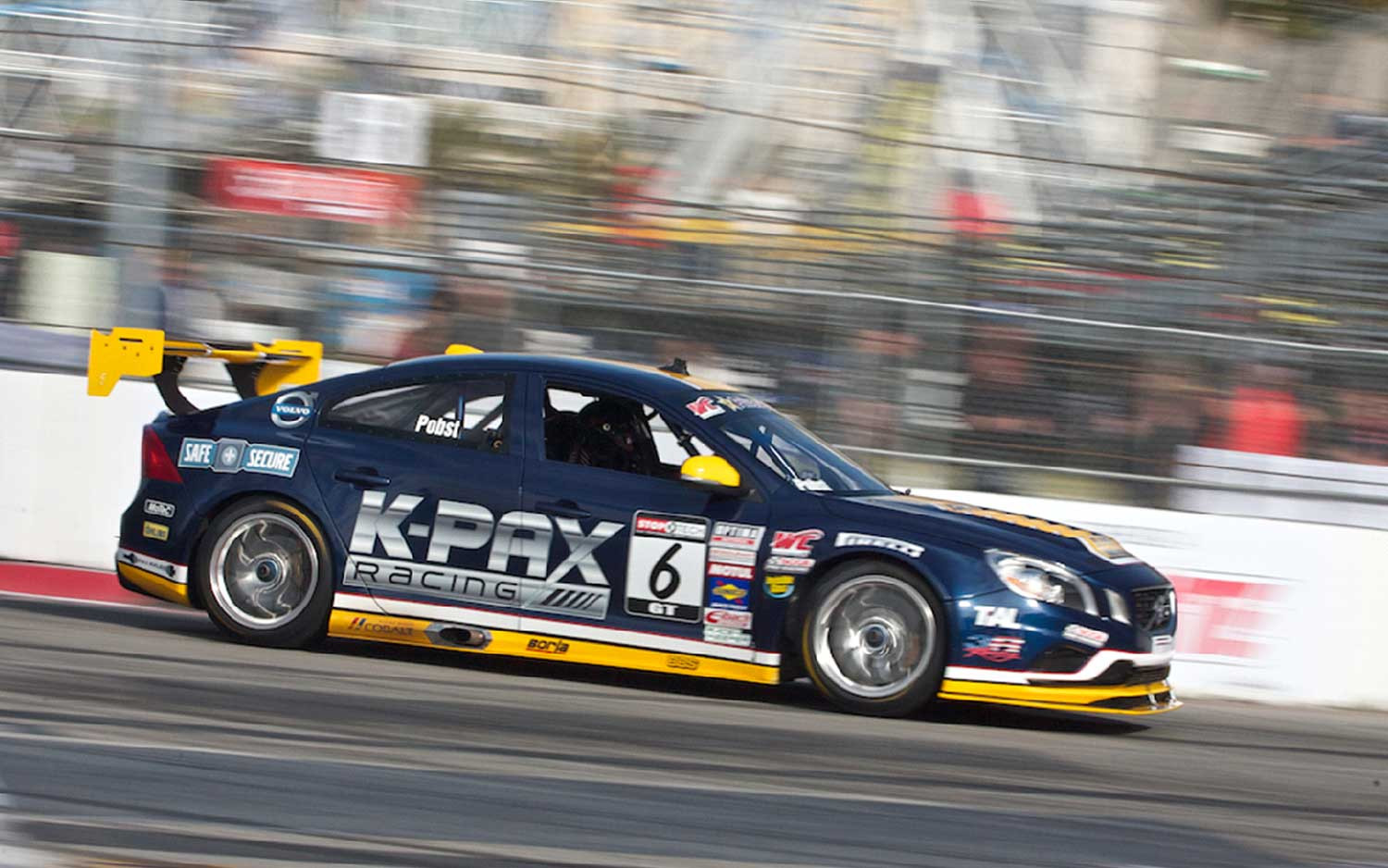 The American team K-Pax Racing ran Volvo C30s and S60s in the Pirelli World Challenge with some support from Volvo Cars North America from 2009 to 2013.

The S60s had all-wheel-drive and turbo-charged five-cylinder engines, competing against GT cars.

Randy Pobst claimed the 2010 Pirelli World Challenge GT Class title with the S60 and Robert Thorne the 2012 US Touring Car Championship title with the C30.