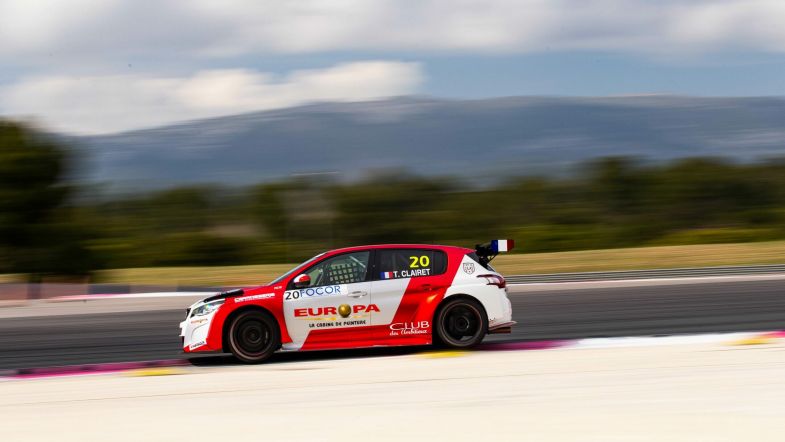 The Peugeot driver, competing on home soil this weekend, set a time of 2:12.615, to finish up just over a tenth of a second ahead of Sébastien Loeb Racing’s Mehdi Bennani.

Audi led the way in the early stages of Q1, with Tom Coronel initially setting the benchmark ahead of Comtoyou Racing team-mates Dušan Borković and Nicolas Baert.

All three drivers ultimately missed out on a spot in the top 12 and therefore Q2, with Coronel 12th, Baert 15th and Borković a lowly 20th on the grid for both of the weekend’s races.

Jelmini ended up the quickest driver at the end of the session, setting the fastest first and middle sectors to end up marginally faster than team-mate Mehdi Bennani.

The TCR Italian graduate edged Bennani by a mere 15 thousandths of a second, with FP1 pacesetter Teddy Clairet third, a tenth off the pace.

As well as Borković and Coronel, Janik Motorsport’s Mat’o Homola also missed the Q2 cut, only managing 16th in his Hyundai i30 N TCR.

Both Clairet and Jelmini improved on their times in the first runs of Q2, with the former setting the pace on a 2:12.615, two-tenths ahead of Jelmini.

Bennani soon split the pair on his opening flyer while SLR team-mate Niels Langeveld jumped up to fourth in his Hyundai Elantra N TCR.

Current series points leader Azcona only did one flying lap in Q2 and was the last car to cross the line in the session, posting the eighth fastet time, which puts him third on the reversed grid for Race 2.

Up at the front, Sami Taoufik finished fourth, ahead of Langeveld, making it four SLR Elantras in the top five.

Jack Young ended up sixth, ahead of Jimmy Clairet and Azcona.

Having been fastest in FP2, PSS Racing Honda Civic Type-R TCR driver Franco Girolami finished ninth on the grid for Race 1, but secured the outside of the front-row for Sunday’s second encounter alongside PSS stablemate Davidovski.