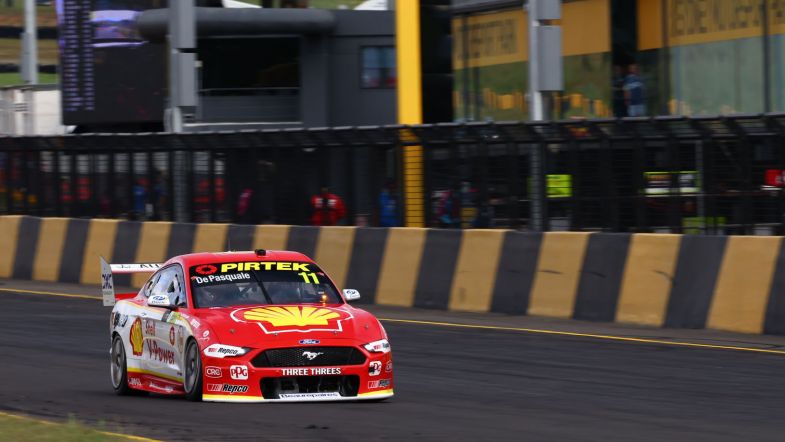 Jamie Whincup managed to get ahead of De Pasquale during the first pit stop, holding the DJR driver behind him and allowing van Gisbergen to claim the lead when coming out of his stop.

But De Pasquale was able to reclaim the lead as he had changed all four tyres compared to just two for van Gisbergen and kept the lead until the end of the race, despite a safety car session.

The safety car was called into action as Bryce Fullwood had come to a stop on track and had to be recovered.

De Pasquale won the race by two seconds over van Gisbergen, with Brown in third, three seconds behind.

Whincup finished fourth, 5.5 seconds behind, while Brodie Kostecki rounded off the top five for Erebus Motorsport.

There was drama at Tickford Racing towards the end of the race as Jack Le Brocq hit his team-mate Cameron Waters, sending the latter into the wall and retirement. Le Brocq was hit with a drive-through penalty for the incident.