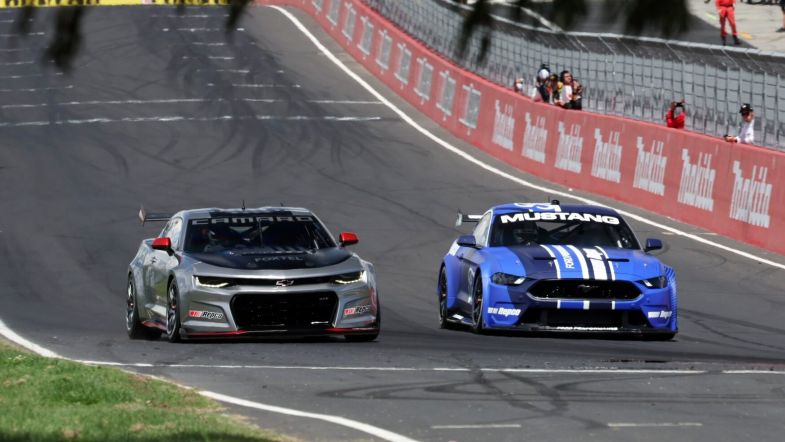 “It’s pretty cool; what a privilege to be the first one,” said van Gisbergen.

“Credit to the Supercars team and all the teams who have put this together. It felt awesome; it’s a big car. It’s super cool and sounds cool.”

“It’s cool, it definitely moves around a bit more than what we’ve got,” De Pasquale said.

“It feels like we’ve got a thousand horsepower. The car sounds amazing. The guys have done an awesome job prepping the car.”

The Gen3 cars racing debut has been postponed until 2023, with further demonstration events planned for 2022.