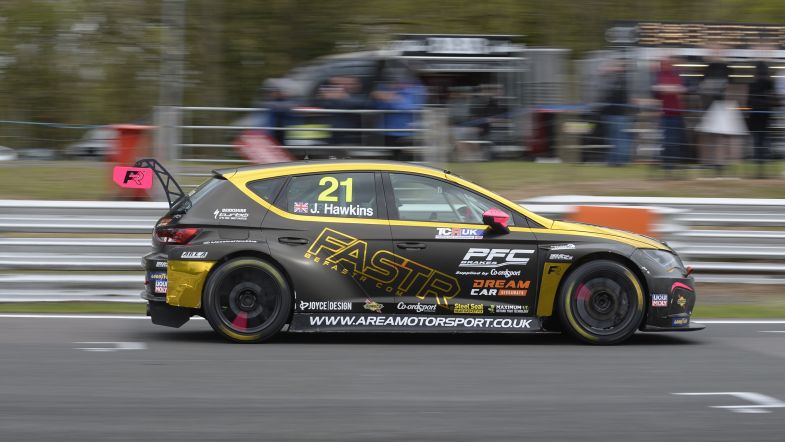 Jessica Hawkins withstood hard pressure from Max Hart in the final TCR UK race of the season opener weekend at Oulton Park to claim her maiden victory in the championship.

“I don’t even know what to say. It’s been a long time since I felt this feeling, I’m happy,” said Hawkins.

The Area Motorsport With FASTR driver started second behind team-mate Jamie Tonks but made the better start to claim the lead into Turn 1.

Tonks meanwhile bogged down and dropped down to sixth position after just two corners.

The safety car was called into action after a classic Oulton Park start straight incident, sending Kieran Griffin into the wall and retirement after contact with, among others, Steve Gales.

Race 1 winner Chris Smiley made a strong restart as the safety car headed back in, climbing up to sixth position after starting tenth on the reversed grid.

The restart saw a very slow start from Jac Constable in second place, being swamped by Hart and Isaac Smith.

PMR driver Constable stopped later on the first lap after the restart due to technical issues.

The fight for third place heated up on the final lap as PMR driver Callum Nesham was able to get past Race Car Consultants driver Smith heading into Old Hall Corner.

Hart meanwhile was piling the pressure on Hawkins during the final lap but was unable to get past.

Hawkins won the race just under three tenths of a second ahead of Hart while Newsham was a distant third, 5.7 seconds.

Smith crossed the finishing line in fourth ahead of Honda driver Smiley, who recorded the fastest lap, in fifth and Hyundai Veloster driver Lewis Kent in sixth.

The next TCR UK round takes place at Donington Park on May 28-29. 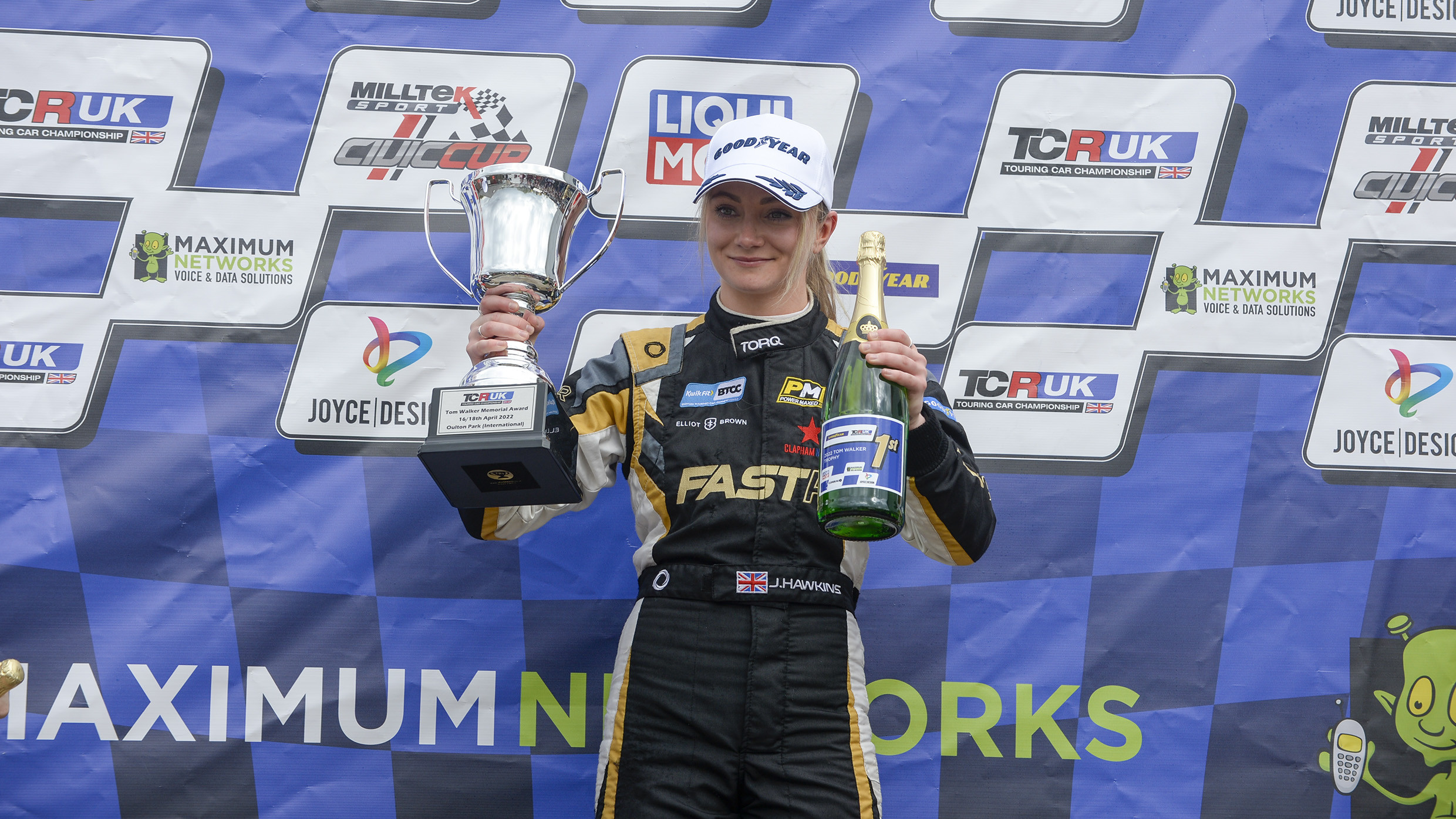