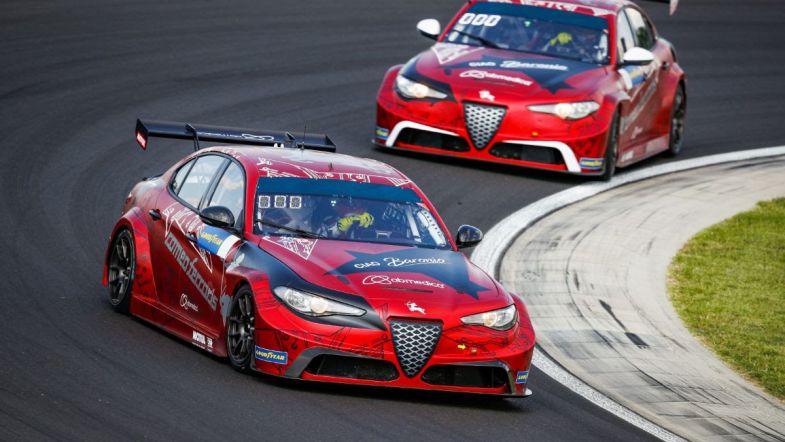 Romeo Ferraris has confirmed that it will be on the 2022 FIA ETCR grid, while not specifying the number of cars or driver identities yet.

“We are approaching the second season of the ETCR, a championship ready for significant growth thanks to the FIA status, with great enthusiasm,” said Michela Cerruti, team principal of Romeo Ferraris.

The team fielded three Alfa Romeos last year, finishing second in the teams’ standings, with Rodrigo Baptista fifth in the drivers’ standings as their top driver.

“We are proud to have taken this challenge from the beginning, launching the Giulia ETCR project which saw us fight on equal terms against two major automotive groups, finishing second in the 2021 ranking and contributing to the promotion of a more sustainable motorsport,” said Cerruti.

“In recent months we have worked on every front with the aim to obtain further satisfactions in 2022, and we can’t wait to test ourselves as from the season-opener in Pau, on an urban track so rich in history.”

The team has stated it will announce its driver line-up “shortly”.