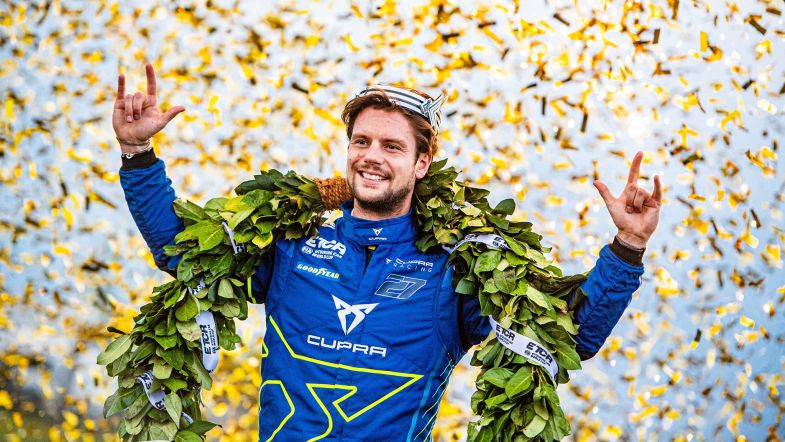 “It’s difficult to realise what’s happening, becoming world champion,” said an emotional Tambay, who made his FIA ETCR debut this year, his first major championship since leaving the DTM at the end of 2016.

Consistency has been key for the Frenchman, who started the season with a second place at Pau-Ville and, prior to the season finale, counted only one overall victory at the Hungaroring. The confirmation of Tambay’s first major championship crown comes also at a special time at a personal level.

“It’s the first title for me and I want to give a big thank you to the Cupra and EKS family, they’ve done an amazing job all year,” added Tambay. “I couldn’t dream for a better result, especially since I’ll become a daddy soon, so big kiss to my girlfriend.”

Tambay won the drivers’ title after scoring a total of 535 points, 47 more than his team-mate Ekström and 101 over Blomqvist, who completed the 1-2-3 for the Spanish manufacturer in the drivers’ standings.

Maxime Martin was the best of the rest, finishing fourth overall in his maiden season in the series for Romeo, 114 points behind Tambay. Mikel Azcona was the best classified driver for Hyundai Motorsport N in fifth place, 127 points adrift.

Cupra also won the manufacturers’ title with a total of 1076 points, 330 over Hyundai and 344 ahead of Romeo Ferraris.