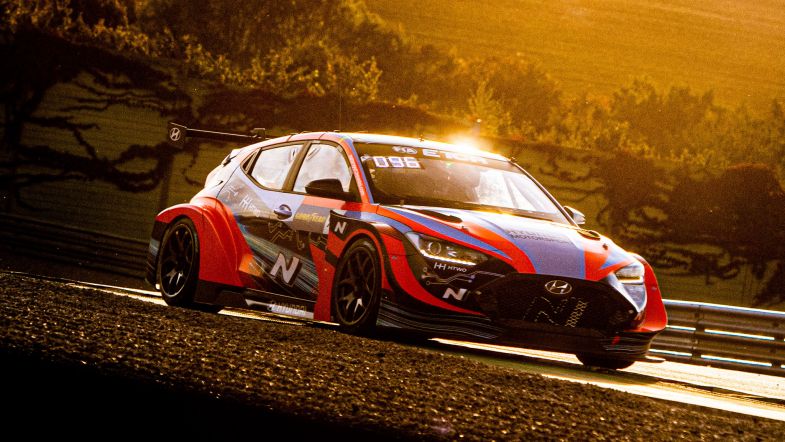 Hyundai Motorsport N driver Mikel Azcona lamented bad luck in the season finale at Sachsenring which marred his championship chances of ending his first season with the Korean manufacturer on a high note.

“Race of Germany in two words: bad luck,” said Azcona after the Pool Furious final. “It was a very difficult weekend for us, especially for me.”

Azcona headed for Germany with the target of finishing third in the championship. However, an exclusion, a further penalty in the quarter finals and the lack of power-up in the super final marred the Spaniard’s progress.

“I did an amazing lap in qualifying but unfortunately, after scrutineering, we were disqualified,” explained Azcona. “That meant I was going into the races last in the standings, but I managed to win with my incredibly competitive car.

“Unfortunately my win in the quarter final was taken away from me, and what can I say about the super final,” added the Hyundai driver.

“We were fighting for third in the championship, I came here on full attack and tried my best to secure it. However, even without power-up, the Hyundai Veloster N ETCR was mega strong, if I had my boost, I think I could have won.”

Azcona finished the season in fifth position in the championship as the best-placed Hyundai driver in the series, 127 points behind the champion Adrien Tambay (Cupra EKS).