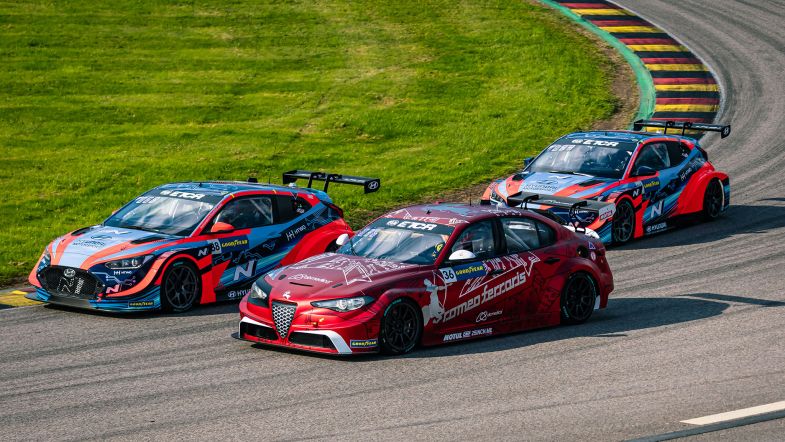 Romeo Ferraris driver Maxime Martin will face no further action for the two incidents he was involved in during the Pool Fast super final at the Sachsenring on Sunday afternoon.

Martin nudged and overtook Hyundai Motorsport N’s Jean-Karl Vernay at Turn 1 after the start, overtaking the Frenchman for third place.

Later, fighting with Nicky Catsburg, the Belgian went on the inside at the last corner on lap six, with the two making contact, sending the Veloster N ETCR into a spin.

Martin went on to finish second in the race, whilst Catsburg was sixth and last.

The stewards ruled that in both incidents, no driver was predominantly to blame, deciding to take no further action against any of the drivers.