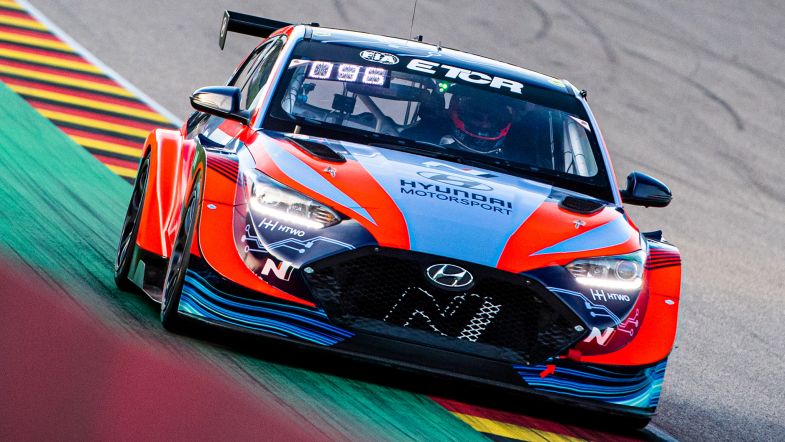 Mikel Azcona: “My next target is winning the ETCR with Hyundai”

Newly crowned FIA WTCR champion Mikel Azcona said that he will continue racing with Hyundai Motorsport in the 2023 FIA ETCR, with winning the electric championship as his next goal.

“I can confirm that I will continue racing for Hyundai next year,” Azcona told TouringCarTimes.

“My target for the last few years was becoming world champion in touring cars and now I have a weight off my shoulders, but my next short-term target would be winning the ETCR title.

“We will start working soon and, also, we will race with a new model in the ETCR, and I think we will be competitive there,” added the Spaniard.

Azcona would be interested in trying other categories, but he’s choosing to remain focussed on his touring car career in the mid-term.

“It would be interesting to test other categories like GT3 or even LMP but, for now, I’m very well with Hyundai Motorsport in the ETCR and I think I have to maximise these three years I’m going to be here, achieve the most I can together with Hyundai and see where we can go.”