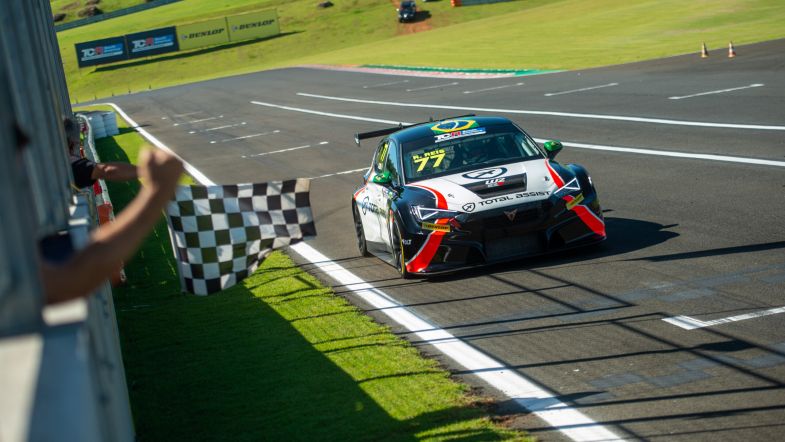 Points leader Raphael Reis will start the first TCR South America endurance race of the season from pole after topping the times in qualifying at Interlagos.

Reis and team-mate Gustavo Lima were fastest in both qualifying stages at the wheel of the W2 Pro GP Cupra Leon Competición TCR.

That put the pair comfortably clear of the chasing pack, with a gap of more than six tenths of a second to the Squadra Martino Honda of Juan Ángel Rosso Ricardo Risatti, which was fifth quickest in Q1 but then second in Q2 to grab a place on the front row.

The two PMO Motorsport Lynk & Co cars share row two, with Fabricio Pezzini and Carlos Javier Merlo just edging José Manuel Sapag and Marcelo Ciarrocchi out of third spot – with the two cars being the final ones to set a combined time within a second of the fastest time.

Pezzini goes into the race sitting second behind Reis in the standings, with Sapag in third.

Gabriel Lusquiños and Vitor Genz posted the fifth best time in their Honda Civic ahead of the similar car of Fabio Casagrande/Mauricio Lambiris, with Pedro Aizza and Rodrigo Sperafico leading the Hyundai challenge in seventh.

Franco Farina and Gastón Iansa round out the top eight in the first of the four PMO Racing Peugeots.