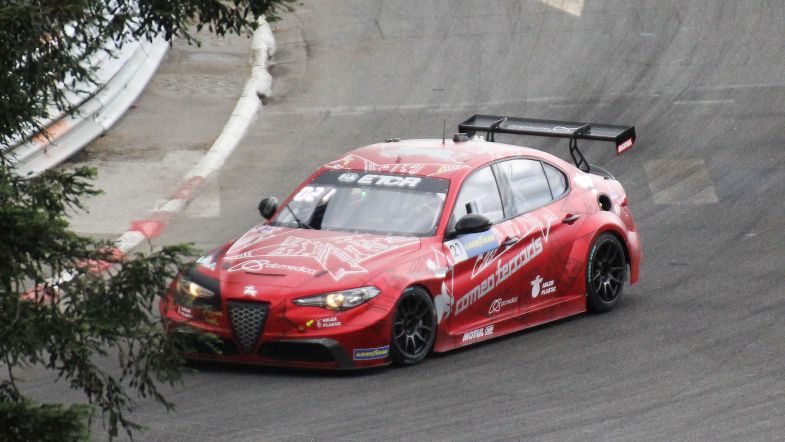 Ekström took the lead at the start of the head ahead of Romeo Ferraris’ Bruno Spengler and Hyundai Motorsport N’s Mikel Azcona.

The Spaniard made contact with the Canadian during the opening lap when trying to overtake, allowing Ekström to open a gap in the lead.

The hostilities between Spengler and Azcona continued, but the Romeo Ferraris driver was able to prevail as Ekström added another victory.

“I had a good start and I was curious to see how the car was as I made a few changes from yesterday,” said the Swede after the race.

“I was happy with the grip and the general behaviour of the car, so I compliment the team on reading the conditions correctly.”

Venturini made the most of starting on the inside line to take the lead of the second semi final, followed by Cupra EKS’ Jordi Gené and Hyundai Motorsport N’s Kevin Ceccon.

The positions remained stable throughout the race while Gené closed the gap to Venturini during the final lap. It was however not enough and the Romeo Ferraris driver took the victory ahead of Venturini and Ceccon.

“I did a very good start, which was the main factor,” said Venturini after the race. “The car was perfect, the team did a great job after my crash yesterday, so I’m very happy.”

The ETCR returns to the track for the Pool Fast super final at 14:16 CEST.