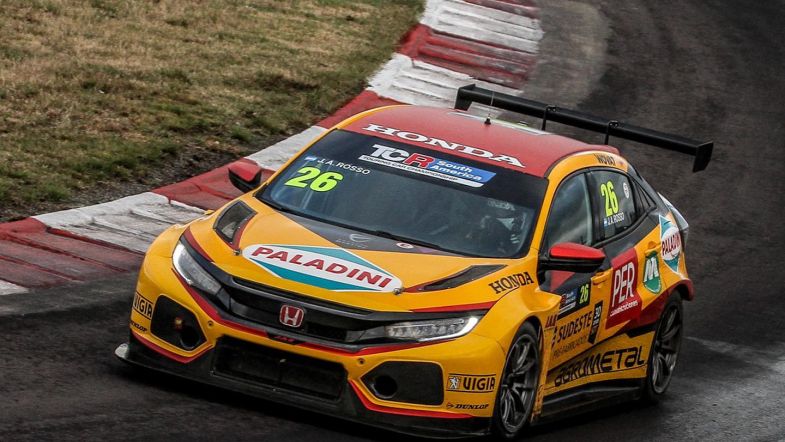 The track was wet as the race began, with little room to go two-wide in many places due to the puddles of standing water. That meant Rosso did not come under attack at the start, and he romped clear of Raphael Reis in the first third of the race.

An advantage of over six seconds shrank thereon though, with the small cuts Reis was making into the lead culminating in the pair being just over a second apart entering the final lap. There wasn’t enough room, or time, for him to attempt a pass even though the track had dried, and Reis finished 2.358s behind the winner.

In third initially was Alceu Feldmann, but he then got knocked down to fifth and battled with Manuel Sapag for that position. They swapped places a few times mid-race, before in successive laps he dropped to eighth and then 11th as his car slowed. He continued, but after being lapped he then decided to pit so his team could inspect damage on the front-left of his Cupra León Competición.

Pedro Aizza took over third place once Feldmann dropped back and he then pulled away from a multi-car squabble behind. The wet track surface actually kept everyone close together initially, but a combination of it drying out and lapped traffic getting in the way meant the gaps grew between cars as the race went on.

Gabriel Lusquiños had been in the fight for position in the midfield but on one lap he lost half a minute and retired not long after. Franco Farina slid off into the barriers and ended his race, and Marcio Basso got into terminal trouble after just two laps.